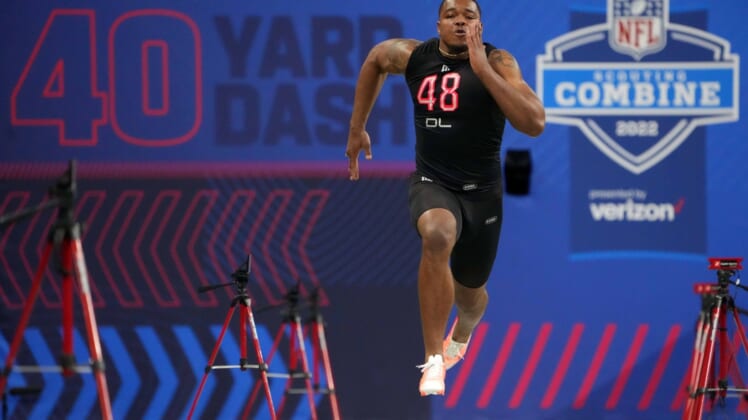 As the saying in sports goes, Vegas always knows.

That could be the case in the 2022 NFL Draft, with sportsbooks dramatically shifting odds for the player to be selected first on Thursday night to Georgia defensive lineman Travon Walker.

The Jacksonville Jaguars hold the No. 1 overall pick.

Walker was graded as a first-round pick before the national championship win over Alabama, but the Bulldogs’ gem has only risen up draft boards since January.

But as draft week opens, Caesars Sportsbook was first to shift the board, making Walker a -150 favorite to go No. 1 and Hutchinson +140.

Not long after, DraftKings mirrored those odds and FanDuel made Walker the -155 favorite, followed by Hutchinson (+150) and Ekwonu (+600).

Alabama left tackle Evan Neal, the favorite before the NFL Scouting Combine, is listed fourth by most major books in the +1400 to +1600 range.