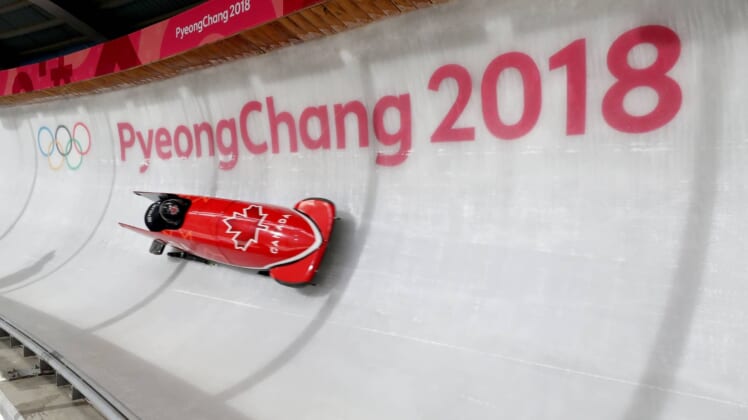 For diehard football fans, the end of Super Bowl 52 has left behind a cloud of sadness as the NFL offseason sets in. It is only February, which means we have seven long months until the regular season kicks off.

Instead of dwelling on the negative, we can choose to embrace the many other sports-related activities on the calendar in the months ahead. Winter, spring and the weeks leading us back to football don’t necessarily mean all doom and gloom.

We have basketball, All-Star events, Winter Olympics in Korea and even some NFL-related items to look forward to.

Cheers to avoiding depression during the offseason!

After the Super Bowl, many sports enthusiasts will turn their focus to the Winter Olympics taking place in South Korea. This is when our eyes will be watching Team USA athletes compete against the rest of the world in skiing, bobsleigh, figure skating, ice hockey, snowboarding and other cold weather sports.

As the Winter Olympics are in full swing, the best of the best the NBA has to offer will square off in this year’s All-Star Game. Team LeBron represents the Eastern Conference while Team Stephen heads up the Western Conference. In other words, LeBron James versus Stephen Curry.

Los Angeles will play host to this year’s All-Star Game, when fans across the country gather at Staples Center on Feb. 18. And while we are being entertained by both teams’ antics on the court, the money from this game will be awarded to two charities of James’ and Curry’s choosing. The winning team will donate $350,000 while the losing side donates $150,000. This is truly a win-win all around.

Off the court and out into the fresh outdoors, MLB spring training awaits. The return of baseball is fast approaching, complete with star personalities and fan gatherings for the ultimate MLB experience.

The first spring training game takes place between the Arizona Diamondbacks and Arizona State Sun Devils on Feb. 21. These exhibition games will give new players chances to earn roster spots while fans come out in droves to watch live and collect autographs.

Arizona plays host to the Cactus League, while Florida welcomes the Grapefruit League prior to the official start of the regular MLB season on March 29.

This past NFL season officially ended when the Philadelphia Eagles beat the New England Patriots in Super Bowl LII. Though, we do not need to completely push the snooze button on the NFL until September.

March 12 opens up NFL Free Agency when teams can negotiate with free agent players and finalize new contracts as soon as March 14. The quarterback position for one is a must follow, as Kirk Cousins headlines a list of players that will be on the move in 2018. Let the free agency frenzy begin.

Get ready to set your brackets. The NCAA Tournament takes place throughout the U.S. starting March 11. We’ll see 68 college basketball teams compete in a single-elimination tournament. Eventually after the early rounds of eliminations take place, the Final Four will compete in San Antonio March 31-April 2.

But before this tournament makes its way to the Final Four, college basketball enthusiasts will go wild trying to pick the winners of each set of games. Ultimately, the two most dominate teams will compete. And, if somebody has perfectly picked their bracket, they will win $1 billion in Warren Buffett’s bracket challenge. Good luck! 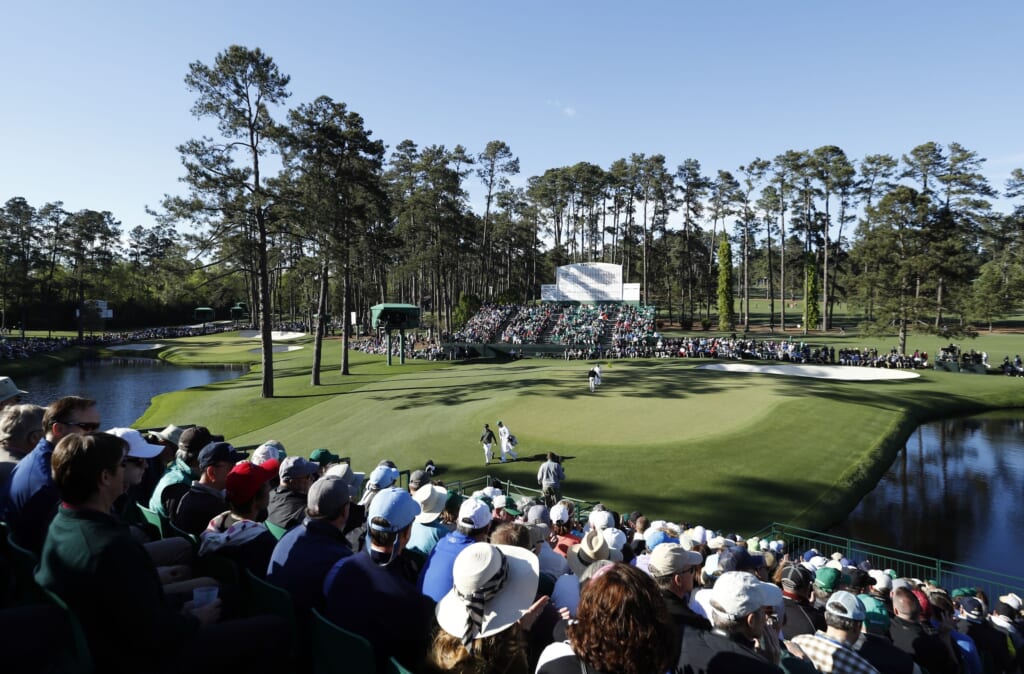 If brackets and impossible odds aren’t your thing, perhaps spring golf is. The Masters takes place at Augusta National Golf Club in Georgia. It is the first of four majors that take place every year.

And, making a comeback after being out for nearly two seasons with injuries will be four-time Green Jacket winner Tiger Woods. Woods ties the legendary and late Arnold Palmer with four titles. Jack Nicklaus leads the tournament with six titles.

Those who love college football’s young and rising stars as they make their way to the next level will want to follow them through the 2018 NFL Draft. Not only will many top draft prospects sign with their first NFL team, said NFL teams will inherit some amazing new players.

This year’s 2018 class is rich with talent across the board. And, some NFL quarterback-needy teams will make several guys’ days once the NFL Commissioner officially launches the draft. A recent mock draft we prepared projects that six quarterbacks could easily be chosen in the first round. That’s pretty spectacular.

Like basketball and baseball, the NHL regular season can tend to drag because it’s so long. That changes in the playoffs, making an already physical, violent game even more intense. Also, while the concurrent NBA playoffs can frequently get predictable, the NHL playoffs never are. The possibility of a hot goalie always increases the chances of an upset.

This year, you’ve also got the Pittsburgh Penguins vying for a third straight Stanley Cup Championship. No team has won three in a row since the New York Islanders won four straight from 1980-1983.

The playoffs begin in mid-April and the fight for the Stanley Cup starts early in June. 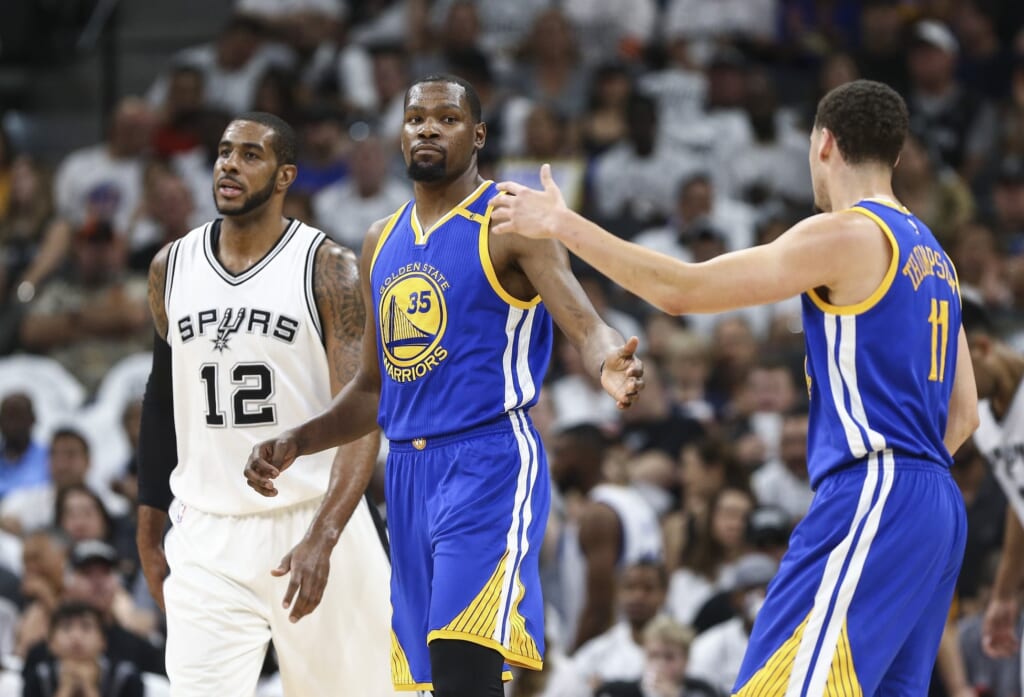 Though, a lot can and likely will change between now and mid-April when teams only narrowly behind may surge ahead. Eventually, the much-anticipated NBA Playoffs will arrive, starting April 14 when the final 16 teams standing battle it out through May 28. This will then force the winner in each conference to take the court when the NBA Finals begin on May 31.

It will be all about the over-sized hats and swanky attire when the Kentucky Derby rolls into Churchill Downs in Louisville, Kentucky on May 4. There, equestrian enthusiasts will watch thoroughbreds run for a quick one mile and one quarter race.

The Kentucky Derby is also known as “The Fastest Two Minutes in Sports.” On the opposite side of fast, most would agree the longest two minutes in sports takes place during the final two moments of the fourth quarter of a laborious NFL game.

Speaking of the NFL, it is always fun to catch pictures of our favorite players whooping it up all fancy when they attend the Derby.

NFL Sundays are still a long time off. Though, that doesn’t mean it is not too early to practice mock drafting. In mid-May or so, fantasy football fanatics get the urge to test out various drafting techniques. This is the perfect time to do it since most top free agents have typically signed with new teams by this point. And, the rookies can then legitimately be considered in drafting.

Why not, right? Once we are well into May, the preseason will be only a few short months away. Practice makes perfect. 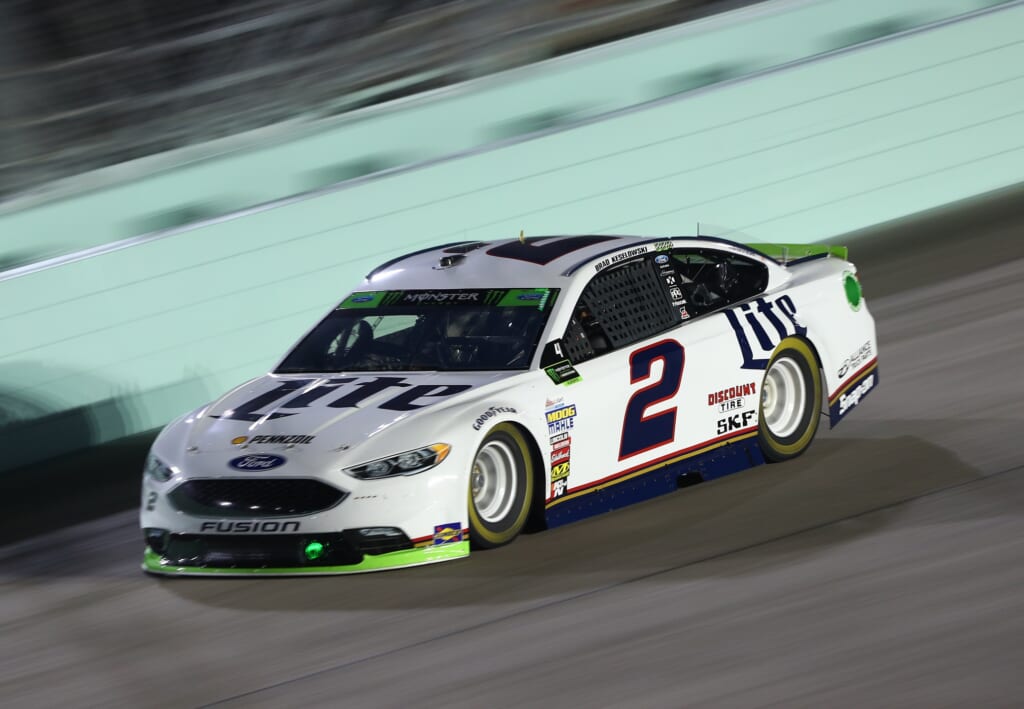 Annually, car racing enthusiasts head to the Charlotte Motor Speedway in North Carolina to watch the All-Star Race. This four-wheel competition takes place on May 19, consisting of NASCAR winners from previous seasons up against the current season of expert drivers.

The fun thing about this race is there are no points earned so drivers tend to attempt some pretty risky maneuvers that inevitably lead to those crazy crashes fans can’t help but watch. Oh, and the first place winner receives a cool $1 million for risking his or her life.

This nearly month-long summer men’s international competition is one of the most-watched sports in the world. It is held every four years, and eight different national teams have combined for 20 World Cup wins. Currently, Brazil has played in every tournament and has five wins, which is the most of any country.

Many consider the World Cup in a class of itself, ranking higher than the Olympics in viewership. This year’s World Cup hosts 32 countries that will compete this year in Russia for 25 days starting June 14.

Just look at this. We have nearly come full circle in the sports cycle when summer starts to bring the NFL back to life. Things start getting serious in the world of professional football when training camps get underway in mid-July.

Then in the blink of an eye, the Hall of Fame Game will take place on Aug. 2 in Canton, Ohio. As teams work through August to narrow down their final rosters, the fantasy football scene will heat up. The NFL Preseason presents the perfect time to observe rookies and players on new teams to determine their fantasy draft value.

Outside of fantasy, the preseason gives fans that long-awaited, comfy football feeling. And the next thing you know, it will be Sept. 6 when the regular 2018 NFL season kicks off.