Gregg Popovich: ‘I can never retire’ 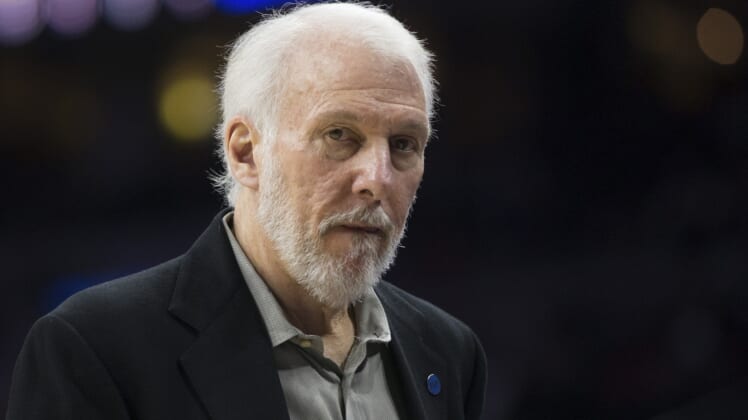 There are some unfortunate souls out there who do not understand Gregg Popovich’s sense of humor. It comes from the Jerry Seinfeld brand of dry humor, and requires a bit more thinking. It’s definitely not the slapstick humor that most have become accustomed to.

The San Antonio Spurs head coach was back at it again recently, sarcastically blaming his players for his inability to retire from the coaching profession. Well, maybe sarcastically.

The 67-year-old Popovich, who has been coaching in the NBA for 28 years, apparently isn’t going to be giving up his profession — maybe ever.

Leading up to the San Antonio’s signing of Aldridge last summer, there was some speculation that Pop might call it quits when his contract expired. That was thrown out the window when he signed an extension with the team.

And now, as the head coach of Team USA for the next four years, it makes sense that he’s at least going to be manning the bench in San Antonio for that very same span.

It is somewhat of a sign of respect these players are showing the head coach. He’s won five titles with the Spurs and is the most-respected basketball mind in the NBA today.

If Pop were looking to give it up, the signs would likely come in the form of the Spurs missing out on big-name free agents. With Aldridge and Pau Gasol signing in San Antonio, that’s obviously not the case.