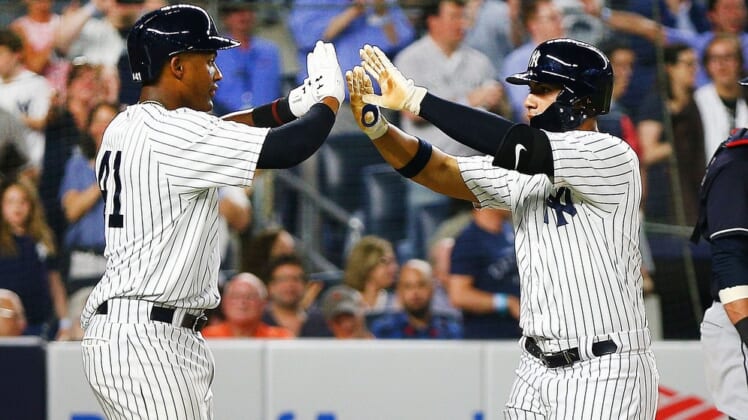 Gleyber Torres and Miguel Andujar haven’t just been good rookies for the New York Yankees in 2018. Combined, the two have now done something no New York rookie duo has ever done.

Andujar entered Monday’s game with 21 home runs. Torres joined him in the 20 home run club with a towering home run on Monday.

It was an historic shot.

With that home run, Andujar and Torres became the first pair of rookie teammates since Joey Votto and Jay Bruce in 2008 — and the first Yankee rookies ever — to both top 20 home runs in the same season.

.@TorresGleyber hits his 20th HR of the season, joining @MAndujarPapa (21HR) to become the eighth pair of rookie teammates (first Yankees rookies) to both hit 20HR in the same season. The last MLB club to do it was the 2008 Reds (Votto/Bruce).

There’s a lot to like about New York’s team in 2018. But with guys like this on the team, there’s clearly reason for Yankees fans to be encouraged about the future, as well.