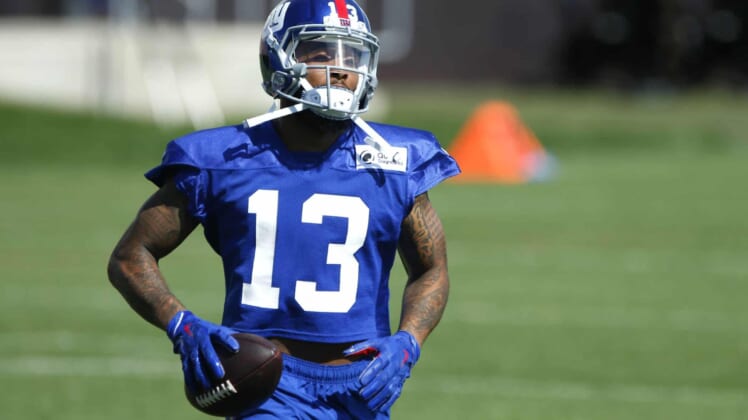 With training camps around the NFL set to start in just over a month, it’s possible we’re going to see multiple star players holdout.

Up until now, it seemed that New York Giants wide receiver Odell Beckham Jr. wouldn’t be one of those players. Earlier this month, OBJ made it clear that he will report with the rest of his team to training camp later in the summer.

While Beckham might be saying this publicly, his camp is leaking other information.

“Odell Beckham, Jr. promised he won’t hold out, but sources in his camp insist a holdout is still on the table,” SNY’s Ralph Vacchiano reported. “Pat Shurmur said he expects Beckham will show up to camp on time, but team sources say they’re not so sure about that. Beckham wants a new contract, but there’s no indication he’ll get one any time soon.”

The star receiver’s previous statement noting that he would be on hand for camp came as a bit of a surprise. Beckham and the Giants have found themselves in a long contract stalemate heading into the final year of his rookie deal.

Beckham himself wants to completely reset the wide receiver market while the Giants are pushing to see him come back healthy from an injury-plagued 2017 campaign before offering the Pro Bowl receiver a long-term extension.

If OBJ were to holdout, he’d be fined $40,000 per day. That’s what we’d call putting your money where your mouth is.