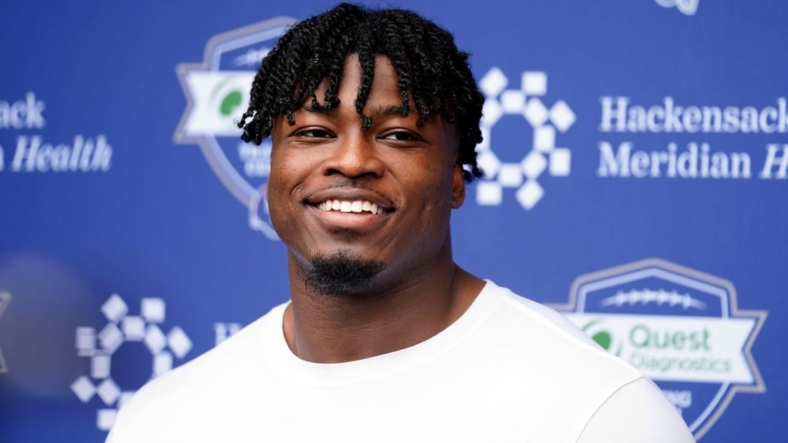 The severity of the injury was not immediately known for Ojulari, who needed assistance in leaving the field following a conditioning drill.

The Giants’ defense has taken a hit this week with injuries to rookie pass-rusher Kayvon Thibodeaux and linebacker Darrian Beavers. Thibodeaux, the team’s first-round draft pick, is expected to miss three-to-four weeks with a sprained MCL, while Beavers will sit out the season with a torn ACL.

Ojulari, 22, began training camp on the non-football injury list with a hamstring issue. He was activated from the list earlier this month.

Ojulari set the franchise’s rookie record with eight sacks last season. He also had 49 tackles and a forced fumble while appearing in all 17 games (13 starts) after being selected by the Giants in the second round of the 2021 NFL Draft.