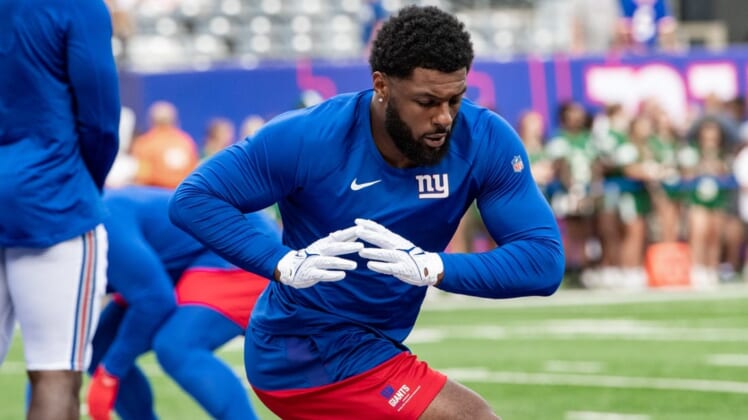 New York Giants rookie linebacker Kayvon Thibodeaux, the No. 5 overall pick in the 2022 NFL Draft, suffered a knee injury during the second quarter of Sunday’s preseason matchup against the Cincinnati Bengals and was ruled out for the rest of the game.

The 6-foot-5, 258-pound Thibodeaux was being examined in the locker room. He was a first-team All-American at Oregon last season and a third-teamer in 2020.

Thibodeaux had seven sacks for the Ducks last season and 19 sacks in his three-year career at the school.