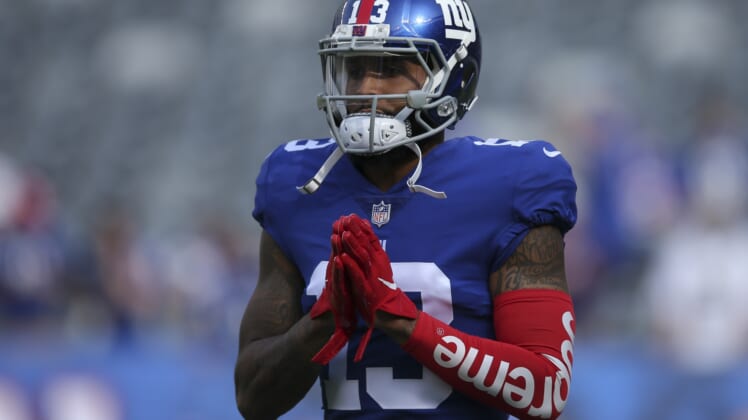 There has been a ton of chatter going back to last year at the combine that the New York Giants could trade Odell Beckham Jr.

Just recently, it’s been a hot topic once again, with the San Francisco 49ers being mentioned as a team that could land the star receiver.

On Wednesday at the 2019 NFL Scouting Combine, Giants general manager Dave Gettleman squashed all that talk, saying, “We didn’t sign Odell Beckham to trade him.”

So, there’s a ton of financial commitment from the Giants invested in Beckham.