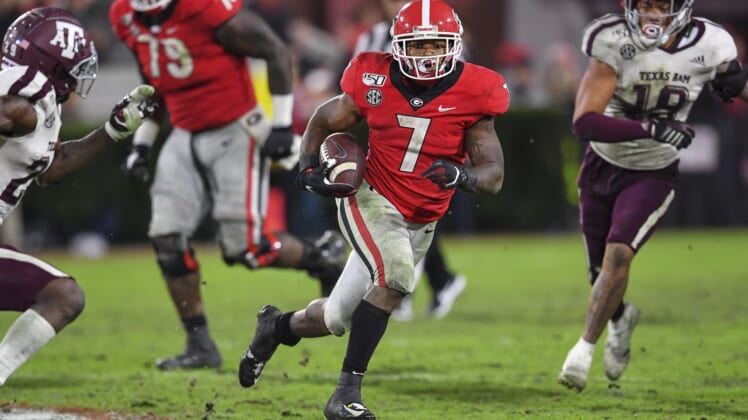 Georgia Bulldogs running back D’Andre Swift, one of the most talented skill players in the country, announced on Friday that he will forego his senior season and enter the 2020 NFL Draft.

In a statement released on social media, Swift thanked Georgia’s coaching staff for helping him grow and live out his dream with the Bulldogs.

Swift immediately becomes one of the best running back prospects available in a loaded 2020 draft class. He is coming off a 2019 season with 1,218 rushing yards and 216 receiving yards on 220 touches. He finished his junior season with eight total touchdowns and averaged 6.2 yards per carry this year.

The 5-foot-9 running back will attract plenty of interest from NFL teams thanks to his explosiveness, strength and vision. He can also excel as a weapon out of the backfield thanks to his elusiveness and great hands.

In an era when running backs are rarely selected with a first-round pick, Swift’s talents make him an outstanding candidate to break the mold in the upcoming draft.