Geno Smith will start at QB for Giants over Eli Manning 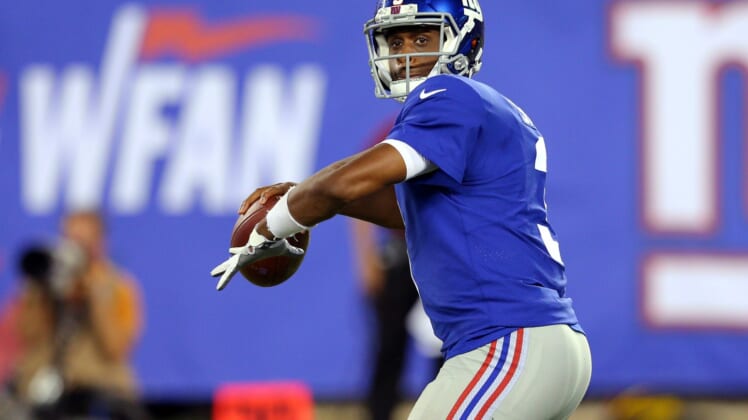 For the first time since 2004, a quarterback other than Eli Manning will start a game for the New York Giants on Sunday. It was announced that Geno Smith will start for the Giants against the Oakland Raiders.

The future is now? The #Giants will start Geno Smith on Sunday.

In speaking on the decision, Manning said that he had a chance to start. But he declined when he was told that Smith and Davis Webb would also get playing time.

Unreal. Had to read this all twice. pic.twitter.com/zD5o5eUnT9

This means that Manning’s consecutive starts streak will end at 210 games.