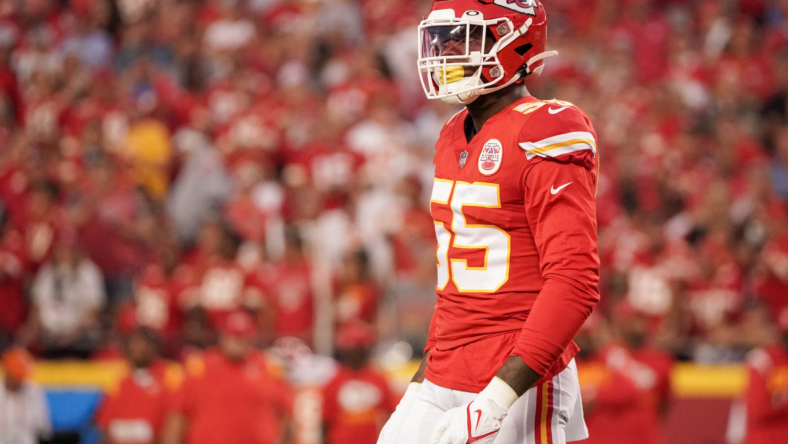 Most recently, Clark was charged with felony weapons possession back in July of 2021 stemming from an arrest that March.

The NFL has apparently taken action on this front. According to ESPN’s Adam Schefter, Clark has been suspended two games for violating the league’s personal conduct policy. Other reports indicate that said suspension stems from the aforementioned charge.

Said incident resulted in Clark pleading no-contest. But again, this is just the latest example of off-field issues that have followed the talented edge rusher since his college days.

A second-round pick of the Seattle Seahawks back in 2015, Clark was arrested on suspicion of domestic violence when he was a member of the Wolverines the year prior. Clark ended up pleading guilty on lesser charges. The details are damning.

“We went up the room, there was a damaged lamp on the table, a damaged lamp on the wall and she’s got a large welt on the side of her cheek, she’s got marks on her neck,” responding police officer Martin Curran said at the time of the incident involving Frank Clark. “She had what looked like rug burn on her one thigh. We have pictures of everything.”

On the field, Clark has been among the most-consistent pass rushers in the NFL since Kansas City pulled off a blockbuster trade for him ahead of the 2019 campaign. This season alone, he has recorded seven quarterback hits and three sacks in seven games.

With Clark out of action for the next two games following Kansas City’s Week 8 bye, the team will have to go up against the Tennessee Titans and Jacksonville Jaguars without him. It’s not necessarily a huge deal from an on-field perspective.

With that said, Kansas City was potentially looking to move off Frank Clark ahead of the 2022 season. Continued off-field issues and suspensions could help expedite that.