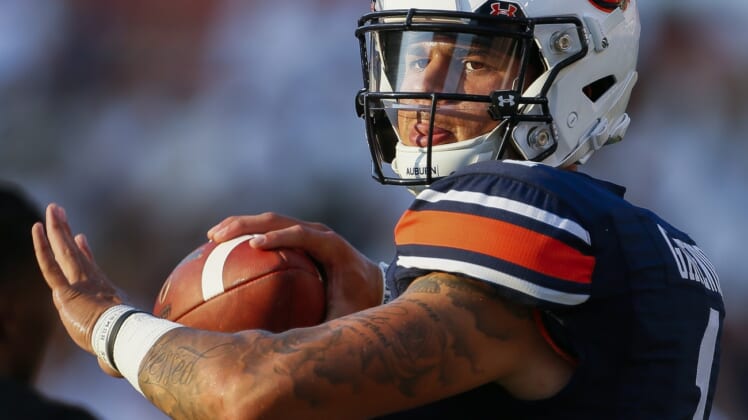 Former Auburn Tigers quarterback Joey Gatewood announced on Thursday that he will be staying in the SEC with a move to the University of Kentucky.

Gatewood, a redshirt freshman, announced his decision on Twitter with a graphic featuring him dressed in the Wildcats’ blue. The move comes just over a month after he left Auburn to look for new opportunities.

A four-star recruit in the 2018 recruiting class, Gatewood saw limited playing time this season with the Tigers after true freshman Bo Nix won the starting job. Auburn primarily used Gatewood as a runner as he racked up 29 carries for 148 yards and three touchdowns. He also threw two touchdowns and completed five-of-seven attempts for 54 yards.

Gatewood drew numerous comparisons to former Heisman Trophy winner Cam Newton. At times he flashed some of those abilities, but he never seemed to get the opportunity with the Tigers.

Unless the NCAA grants him a waiver, he will likely need to sit out the 2020 season. However, he is still a very promising player and could be a bright spot for the Wildcats in 2021.