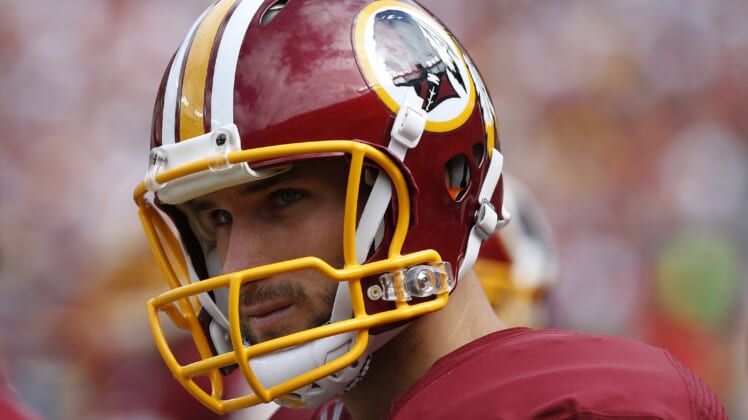 After some terrible quarterback play around the NFL the past few weeks, Week 9 seemed hell-bent on providing us with nothing but amazing performances.

That didn’t stop a handful of signal-callers from putting together some stinkers, though.

These were the worst quarterbacks from Week 9 of the 2015 NFL season.

Don’t let his 381 passing yards fool you — Bortles wasn’t brilliant on Sunday against the New York Jets, throwing two interceptions. Yes, one was tipped, but the number could have been even bigger if not for some missed opportunities by New York’s defenders.

Blake Bortles with sweaty palms at his own goal line… next play hits Revis in the numbers, but he drops it. Jets have him spooked

Bortles did make some beautiful passes, showing off the raw skills that made him the No. 3 overall pick of the 2014 NFL Draft. In particular, he displayed excellent touch on the 30-yard touchdown pass to Allen Hurns to close out the first half.

Unfortunately, Bortles also showed off his penchant for throwing the ball mindlessly into coverage and he cost his team the game. All told, he finished with the aforementioned 381 yards on 24-of-40 passing, two touchdowns and two interceptions. He also was sacked six times along the way with two fumbles, one of which he lost.

It was a brutal day for quarterback Teddy Bridgewater, who ended up leaving in the third quarter after sustaining a concussion on a late hit by St. Louis Rams safety Lamarcus Joyner.

Teddy Bridgewater knocked momentarily unconscious by a late hit on a slide by Lamarcus Joyner pic.twitter.com/D4Sn9TBsLK

Bridgewater was knocked unconscious on the blow. After the game head coach Mike Zimmer and many Vikings players pointed to Rams defensive coordinator Gregg Williams, whom was blamed for the “dirty hit.”

Before Bridgewater was knocked out, he was dealing with trouble of a different sort trying to connect with his receivers. Both he and back-up quarterback Shaun Hill struggled to make plays through the air at home against the Jets, combining 15-of-27 passing for just 148 yards, no touchdowns and one interception.

The second-year quarterback with skinny knees did manage a rushing touchdown and converted a two-point conversion to make up for his big fat zero in the passing department. While the performance was abysmal, the bigger concern for Minnesota has to be Bridgewater’s long-term health after his scary injury on Sunday. 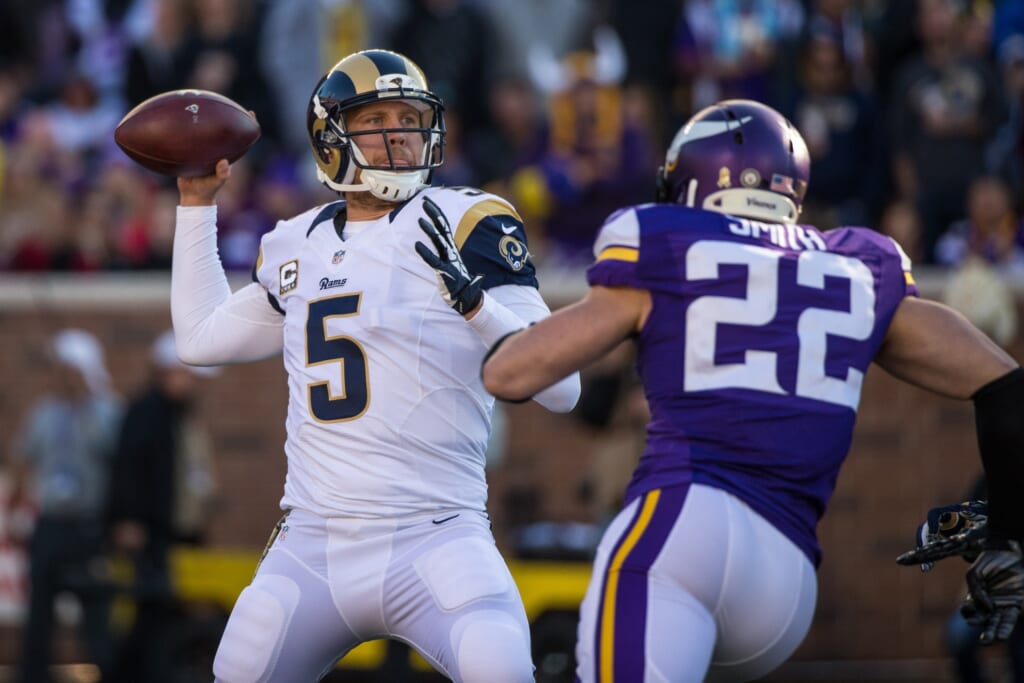 The biggest reason Minnesota beat St. Louis in Week 9 was the uninspiring play of Foles, who just couldn’t get anything going in the passing game for the Rams.

Foles finished with only 168 yards on 18-of-33 passing, throwing no touchdowns and no interceptions.

It was about as unremarkable a performance as you’re ever going to see in the NFL, but it’s something Rams fans are getting used to from the former Eagles quarterback. Not since Week 1 has Foles eclipsed the 200-yard mark, and he has thrown just seven touchdowns all year.

For a bit of context as to how bad he’s been, check out this comparison to Drew Brees.

Nick Foles has thrown for fewer than 200 yards in 7 straight starts. Drew Brees has been under 200 in 1 complete-game start since Nov '09.

Cousins was outplayed Sunday by Tom Brady, which was just slightly predictable. Washington as a whole was completely outmatched by the New England Patriots, who won handily at home by a score of 27-10.

Cousins was fairly awful trying to play catch-up all game long after New England went up 14-0 in the first quarter. He finished with just 217 yards on 22-of-40 passing with a touchdown and an interception.

When asked afterwards about the mistakes made by himself and his teammates during the game, Cousins seemed to think they were “more of a fluke than the norm,” per the Washington Post.

Unfortunately this isn’t the case for Cousins, who has now thrown nine interceptions this year in eight games and is on pace to finish with just 20 touchdowns and 18 picks. These aren’t good numbers, and they certainly aren’t helping Jay Gruden’s team win games. 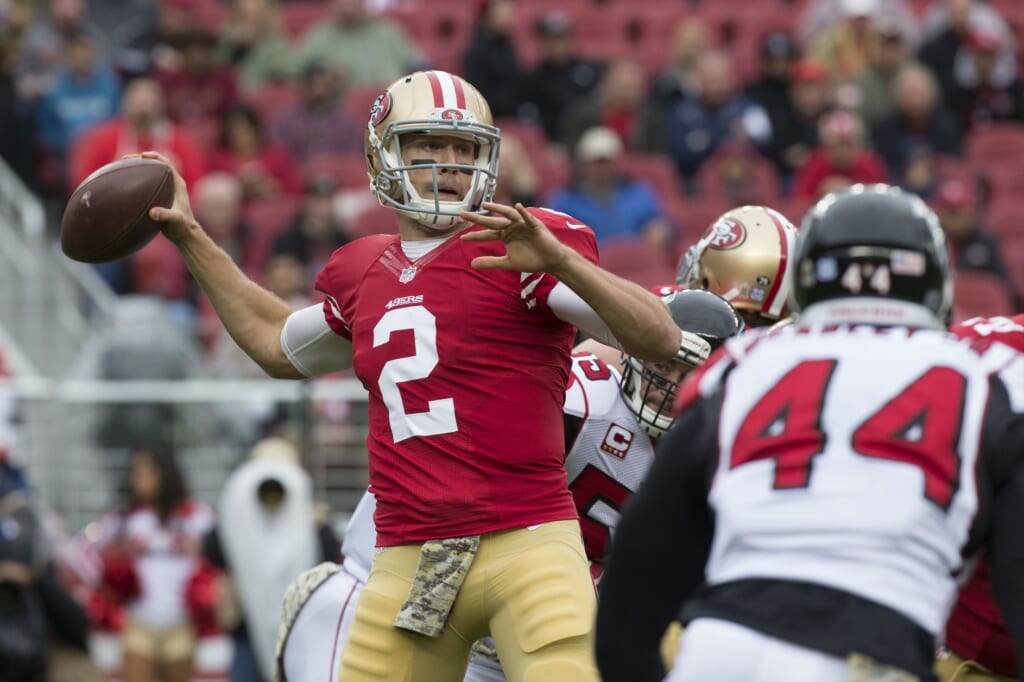 Gabbert’s first half was glorious. He threw two touchdowns and the 49ers headed into halftime with smiles on their faces, up 17-13.

If the game had ended then, Gabbert’s stats wouldn’t have changed much, as the 49ers offense was downright stagnant in the second half. The biggest difference was his two big interceptions, which gave the suddenly putrid Falcons more hope than they deserved. At the end of the day the former first-round pick finished with 185 passing yards, two touchdowns and two interceptions.

Gabbert will likely continue to remain the starter, even if head coach Jim Tomsula does not want to talk about it. Colin Kaepernick is rumored to be on the outs in San Francisco and won’t likely play again in 2016 unless Gabbert is injured.

While the win may have been nice on the surface, every victory this year takes the 49ers further away from the No. 1 draft pick in 2016, which could be the franchise’s best shot at a quick turnaround.