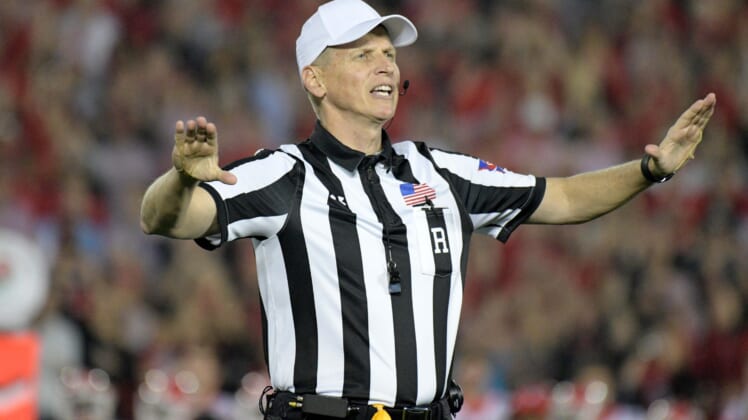 The Ohio State Buckeyes made an impact play that should have resulted in a defensive touchdown against Clemson in the Fiesta Bowl. Then they were stunned by the refs.

Check out this play by Jeff Okudah, who stripped Justyn Ross of the ball after what looks like a clear catch. The ball was recovered by safety Jordan Fuller, who went to the house for six.

The refs reviewed and overturned the call on the field, which was a fumble and touchdown.

The Buckeyes fan base melted down on social media after seeing that touchdown, which would have been a go-ahead score, wiped off the board due to the overturned call.