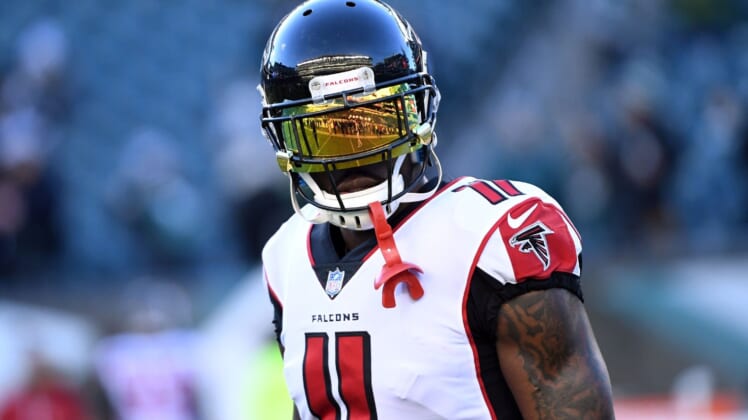 The five-year, $96.5 million extension Michael Thomas signed with the New Orleans Saints could expedite things for their division rivals.

Fellow receiver Julio Jones has been in extension negotiations with the Atlanta Falcons. While things have progressed, Jones reported to camp without a new deal.

“And again, where we approach it with Julio, we look at everything, of course. We believe that he should be the highest-paid player. Sorry, I did not say player. The highest-paid receiver in the league,” The GM said, via NFL.com. “And I know he believes that. It’s just how we’re going to approach this and how we’re going to get it done. I believe it’s right around the corner but I don’t want know when it is.”

But if Dimitroff is to be believed, Jones’ extension would outpace the $19.25 million Thomas is earning annually on his new deal. Three years and $60 million could be in the cards.

A six-time Pro Bowler, Jones is averaging 105 receptions for 1,600 yards over the past five seasons. Needless to say, he’s worth the cash.