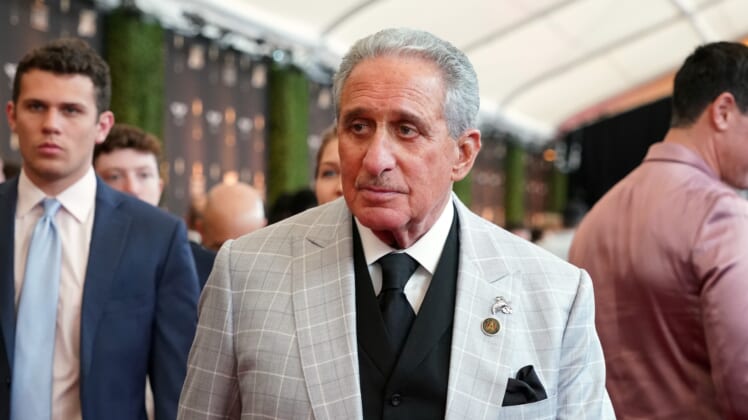 The murder of George Floyd at the hands of a now-former Minneapolis police officer Tuesday night has caused racial tensions to boil over around the United States.

That was no more true than in Atlanta Friday night. The city was up in flames as protests turned into riots. The CNN building was defamed in downtown Atlanta. The famed College Football Hall of Fame was destroyed and looted.

The past week has shown the United States in the worst possible light. A nation unable to come together during a global pandemic. A nation still divided on socioeconomic and racial lines centuries after it fought against itself in the Civil War.

As the hotbed of this racial tension since the inception of the United States, Atlanta acted as a figurehead Friday night.

One day later, and a key member of the community within the southern capital is speaking up. Atlanta Falcons owner Arthur Blank had some wise words following both the death of Mr. Floyd and the ensuing riots.

More so than any other sports figure in Atlanta, Blank continues to do so much good within the community. From propping up the poor to helping amid the COVID-19 pandemic, he’s been the face of unity. His words should be heard.

He also spoke out on the riots we witnessed on national television Friday night while addressing the divisiveness of today’s political culture.

“The public discourse on these and other issues is too divisive, too political. These are not political issues, they are human issues that need serious, earnest attention from leaders and citizens alike who understand that diversity is our strength and fair treatment is everyone’s right,” Blank continued.” Open, honest dialogue is needed on a much greater scale. It is my hope that we take this terrible moment in our history to elevate that conversation toward productive action and lasting, positive change. Peaceful protests of the past have led to new ways forward. Lawlessness, vandalism and intentionally upending the peace with any form of violence has never been productive and is not the answer. We must not accept or condone violence in any way. And to be sure, Atlanta is better than what we saw in the actions of a few last night.”

These are even-keeled words during a time in America’s history that is anything but. Once again, Mr. Blank is stepping up and proving himself to be a national leader.