Dwyane Wade buys stake in Utah Jazz, has on- and off-court plans 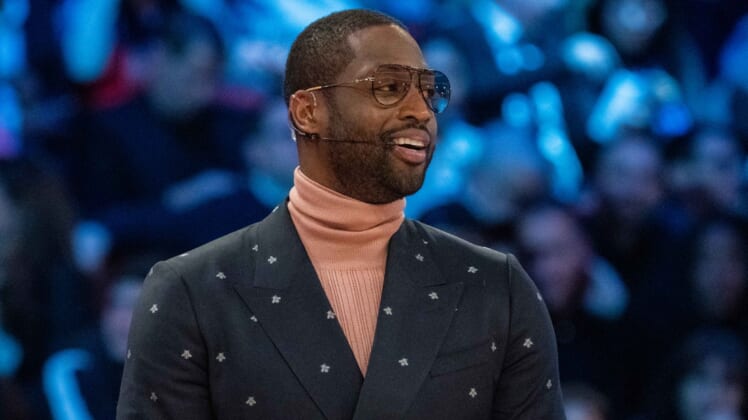 Retired NBA star Dwyane Wade bought an undisclosed share of the Utah Jazz with plans to be active in the team’s operation and in the community, ESPN reported Friday.

The three-time NBA champion is the most recent former player to buy a stake in a team, following the lead of Shaquille O’Neal (Sacramento Kings) and Grant Hill (Atlanta Hawks). Michael Jordan is the majority owner of the Charlotte Hornets.

“This goes way beyond the dream I had to just play basketball in the NBA,” Wade, 39, told ESPN. “I’ve seen Shaq do it in Sacramento. I’ve seen Grant Hill do it in Atlanta. I’ve seen Jordan do it in Charlotte.”

Utah tech entrepreneur Ryan Smith completed the purchase of the team and other assets from the Miller family last fall for a reported price of $1.66 billion. The Millers retained a percentage of the club and are among a small circle of minority owners.

Smith and Wade became acquainted on a golf course in the past few years and quickly built a mutual respect.

“Dwyane has had a chance to be part of so many different (ownership) groups if he wanted that,” Smith told ESPN. “We’ve basically been in discussion from the time we closed on the team on how we can get this done. Like I run my tech business, you want the brightest people around.”

He continued: “It wasn’t like we wanted more partners; that wasn’t what we were trying to do. I want to work with Dwyane on and off the court, on the business side, and so do our partners — because of who he is as a human being and what he’s accomplished. Those are the kinds of people you want around.”

Wade won three NBA championships with the Miami Heat and was a 13-time All-Star in his 16 NBA seasons. He said he appreciates the chance to make a difference and aligns with Smith’s views on social and racial justice.

Smith has begun a college scholarship program for underserved students, has invested in a program to provide safe housing for LGBTQ youths and their families and is a supporter of the Black Lives Matter movement.

“We’re not running away from the racial and social and LGBTQ conversations,” Wade told ESPN. “I’m committed to doing the work. I talk about the LGBTQ community, which everyone knows is important to me. My daughter is part of that community.