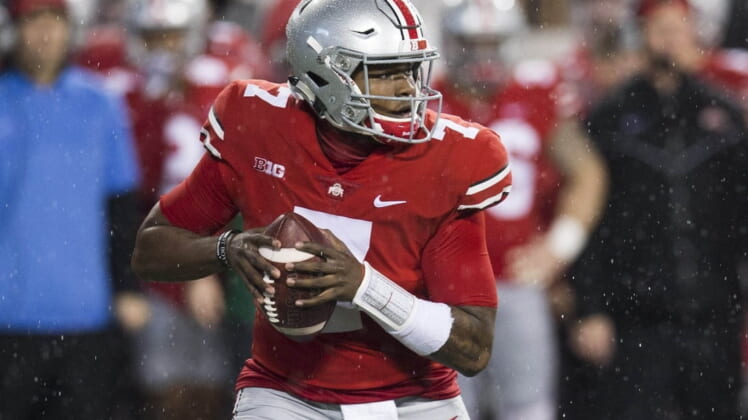 We’ve known for quite some time that there is no consensus around the league about who is the top quarterback of the 2019 NFL Draft, and there’s been plenty of talk about Dwayne Haskins being a quarterback who could slide come draft day.

Throwing more fuel on the fire as it concerns Haskins’ draft stock, ESPN’s Adam Schefter said he’s heard from some NFL teams that don’t even have a first-round grade on the Ohio State product.

A recent report indicated Haskins not only could experience a draft-day slide, but that he could also be the fourth quarterback selected — behind Drew Lock, Daniel Jones, and Kyler Murray.

A veritable superstar for the Buckeyes last year, Haskins passed for 4,831 yards and 50 touchdowns, smashing a couple of Big Ten passing record previously held by the great Drew Brees. He’s certainly capable of making the transition to the NFL in terms of arm talent.

Yet whether it’s due to a smokescreen from teams that might actually like him or that teams actually don’t like his game as much, this rumor keeps cropping up.