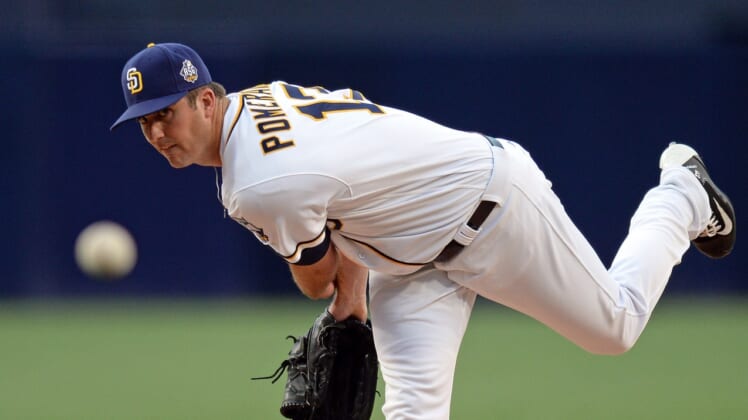 One of the biggest names on the market was traded on Thursday. The Boston Red Sox acquired Drew Pomeranz from the San Diego Padres. To get him, they traded Anderson Espinoza, one of the best pitching prospects in baseball.

This trade will only have a direct impact on the Red Sox and Padres. In a more indirect way, it can potentially have a rather serious impact throughout Major League Baseball.

What kind of impact are we talking about?

First of all, this is the first big trade of the 2016 season. With this trade setting the precedent, the 2016 trade market is now a seller’s market in a big way.

Espinoza landed at No. 14 on Keith Law’s midseason prospect list (insider required). If Drew Pomeranz can get that kind of haul in a trade, what would more proven players get?

Some skepticism about this move is still justifiable.

If we include the playoffs, Pomeranz will probably be asked to throw more than 200 innings for the Red Sox. With 102 innings pitched, Pomeranz is already at his career high.

The Atlanta Braves have generally been consistent about not wanting to trade Julio Teheran. But if this is what Pomeranz draws, they now have a remarkably strong base to negotiate from.

Teheran is significantly more accomplished than Pomeranz. If Pomeranz landed Espinonza, the Braves’ ace would bring much more back for the team in a hypothetical trade. The same can be said for Sonny Gray of the Oakland Athletics.

Mind you, those are just pitchers. If a Pomeranz trade landed Espinoza, what would Ryan Braun bring? Freddie Freeman? Jonathan Lucroy? Carlos Gonzalez?

With Anderson Espinoza headed to San Diego, all of the sellers now have a strong minimum to expect from the buyers.

In trading for Pomeranz, the Red Sox also fired the opening salvo in what should be a crazy American League playoff race. Now, how will the other potential buyers respond?

Like many other American League contenders, Boston was in serious need of starting pitching help.

Even if there is some skepticism about Pomeranz, he is having a great year. Yes, Pomeranz might flame out in Boston. Still, it’s just as possible that he’ll be a top-tier front-line starter. Boston’s rivals can’t afford to sit around and wait. They have to counter or risk having the Red Sox run them over.

Once there, they certainly don’t advance. This trade should be a net positive for those rival teams. Before Pomeranz went to Boston, they likely needed help. Now, they can’t even pretend like they have a choice.

Drew Pomeranz going to the Red Sox is significant. The significance it can have on the rest of baseball is even greater.