Drew Brees posted an apology, but it was not well received by the NFL community 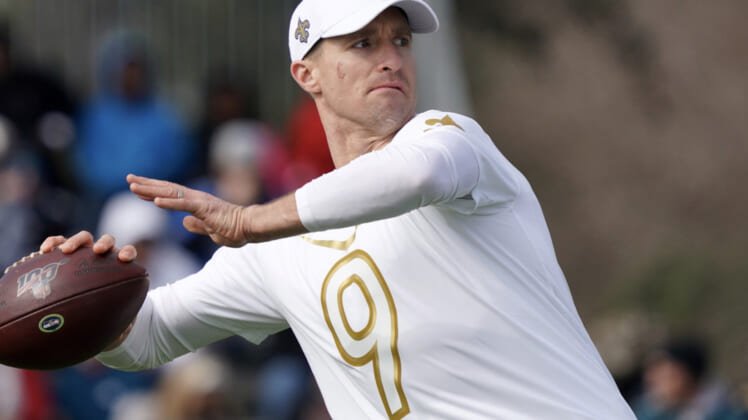 Early Thursday morning, New Orleans Saints quarterback Drew Brees posted an apology following remarks he made Wednesday. The apology was not exactly seen by many as a real step in the right direction.

Drew Brees started a firestorm talking about players who knee during the anthem, and the flag

Speaking with Daniel Roberts of Yahoo Finance, Brees responded to a question about how he’d feel if more players protested by taking a knee during the anthem in 2020. This question was asked in light of the recent protests around the nation following the murder of yet another African-American man, George Floyd, while in police custody.

Brees responded by saying, “I will never agree with anybody disrespecting the flag of the United States of America or our country.”

In the minutes and hours after Brees made that statement, his peers around the league and teammates on the Saints expressed dismay, anger and frustration.

Then in the evening, protesters in New Orleans chanted against Brees as some burned his jersey.

As you’re about to see, many were not impressed.

It is worth pointing out that one of his own teammates sees things differently.