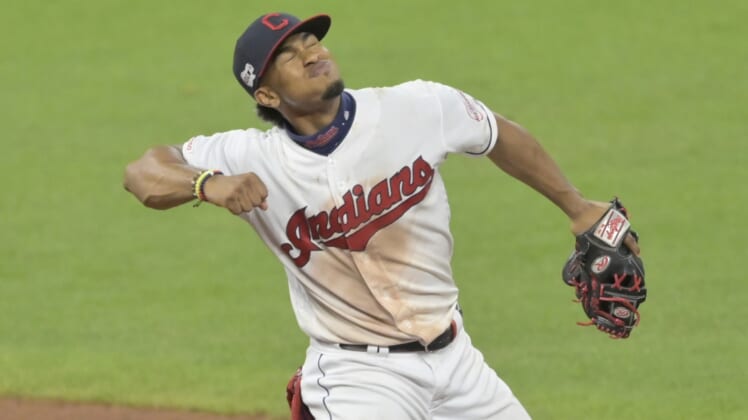 After striking out on many of this year’s top free-agent talent, the Los Angeles Dodgers are reportedly being very aggressive in pursuit of a trade for Cleveland Indians shortstop Francisco Lindor and pitcher Mike Clevinger.

According to USA Today’s Bob Nightengale, Los Angeles is making significant efforts to land Cleveland’s star hitter and pitcher. Furthermore, the team is also in contact with the Boston Red Sox about All-Star outfielder Mookie Betts.

The Dodgers need a spark this offseason after repeatedly missing out on some of the top pitchers and hitters available this offseason. Following a first-round exit this past postseason, Los Angeles is setting its focus on a potential blockbuster.

Lindor is coming off another outstanding season in Cleveland. He posted a .284/.335/.518 slash line and finished his third consecutive season with 30-plus home runs. He is also under contract for the next two seasons.

Clevinger emerged as an ace in the Indians’ rotation last season. He recorded a 2.71 ERA with a 1.06 WHIP and struck out 169 batters in 126 innings. The 29-year-old is arbitration-eligible for each of his next three seasons.

While the Dodgers have reportedly refused to move top prospect Gavin Lux, it could cost Lux, Corey Seager and additional prospects to land both players from Cleveland.