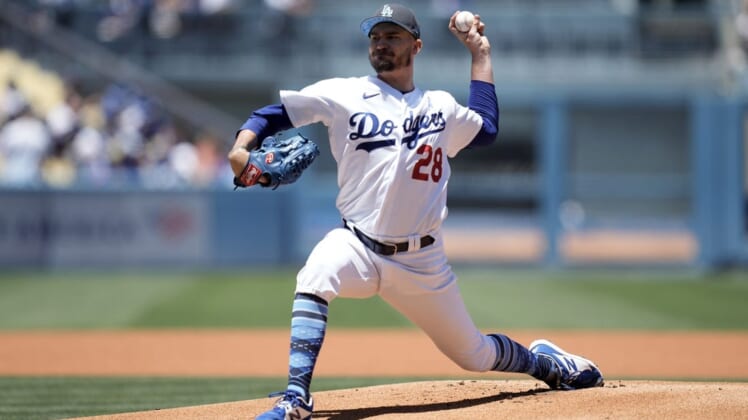 In other transactions, the Dodgers recalled right-handed pitcher Jake Reed from Triple-A Oklahoma City, and optioned a pair of pitchers — left-hander Garrett Cleavinger and right-hander Mitch White to Triple-A.

Heaney, 30, was placed on the injured list with left shoulder inflammation on June 24 — his second IL stint for the same issue this season.

Reed, 29, appeared in six games (one start) with the Dodgers in 2021 before being put on waivers, and they acquired him again earlier this month off waivers from the New York Mets.

Since then, he made two relief appearances in Oklahoma City, giving up one hit and striking out three in two innings.

White, 27, turned in a quality start for Los Angeles on Tuesday night, throwing six innings and giving up two runs on nine hits with four strikeouts against the Nationals. He left with a 3-2 lead but took a no-decision when Washington rallied to win 8-3.

Cleavinger, 28, took the loss Tuesday night when he gave up six runs (four earned) on three hits, a walk, a hit batter and a sacrifice fly in 1 2/3 innings.