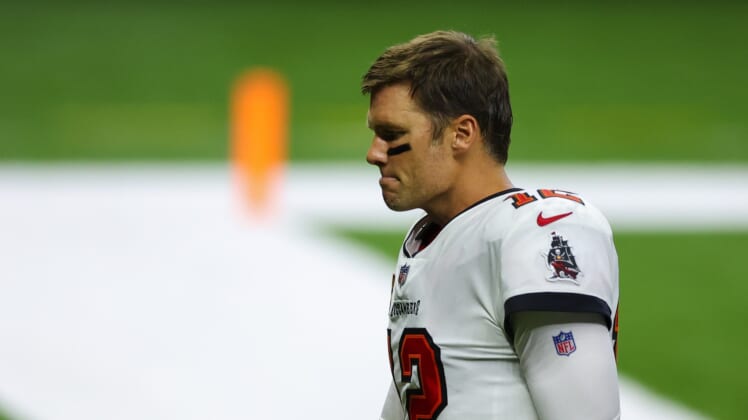 More than anything, two mistakes defined the six-time Super Bowl winner’s debut with the Buccaneers. That included a brutal interception in the first half after what seemed to be some miscommunication between Brady and star wide receiver Mike Evans.

With Tampa Bay down 17-7 early in the third quarter, Brady threw late and to the outside. It resulted in a 37-yard interception return for a touchdown from Saints Pro Bowler Janoris Jenkins.

There’s obviously been a ton of debate regarding Brady’s performance in Tampa Bay’s season-opening 34-23 loss to the division-rival Saints.

Following the game, Buccaneers head coach Bruce Arians had a rather interesting comment.

If Brady thought he’d be given the benefit of the doubt after he earned six titles in 20 seasons with the Patriots, he was sorely mistaken.

For his part, Brady also admitted these mistakes after the loss.

Arians, 67, is a tough-as-nails head coach. He’s old school. If a player makes mistakes, no matter who said player is, Arians will call him out.

We did see some issues between Brady and Patriots head coach Bill Belichick during the latter part of their marriage in New England. It’s too early to say the quarterback’s relationship with Arians is off to a rocky start. Even then, these are some rather interesting comments.