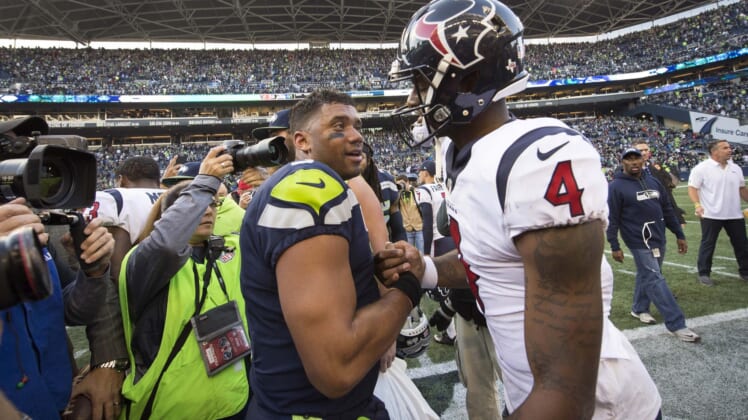 The 22-year-old quarterback threw for 404 yards while adding another 67 on the ground and passing for four touchdowns. Little did he know at the time he would be setting an NFL record for surpassing the following milestones all in one game.

Watson was simply phenomenal to watch in action, as his wowing performance came against one of the league’s toughest defenses. To date, Watson is tied for the league lead with 19 passing touchdowns accomplished in seven games. And even sweeter, Watson has rushed for two scores so far on the year.

The sky is clearly the limit for this young quarterback who has an extremely bright future ahead. He already has a place in the Pro Football Hall of Fame. Given Sunday’s exploits, it’s likely his Week 4 cleats will be joined by some more gear in Canton.

Watson’s Texans will play host to the Indianapolis Colts in Week 9.