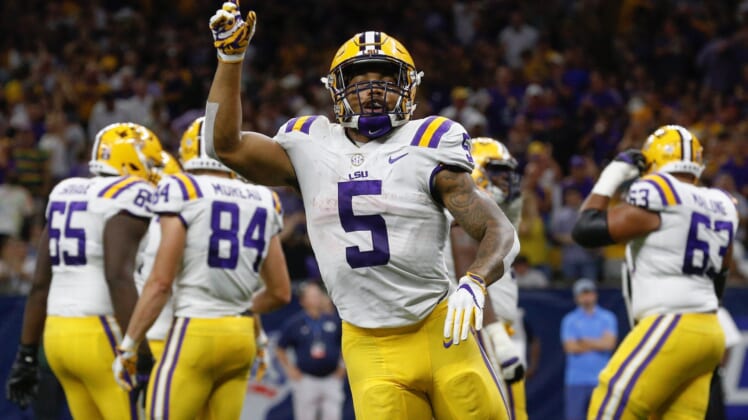 We’re in the year 2018. Most figured that mainstream America has moved away from actually caring about the sexuality of others. Why does it matter? Who is to say that it is any of our business?

Well, at least one NFL team apparently thinks that it needs to know about the sexuality of a potential player. According to former LSU running back and top 2018 NFL Draft prospect Derrius Guice, he was asked by an NFL team if he likes men during the 2018 NFL Scouting Combine in Indianapolis.

The comments came via SiriusXM NFL Radio and have since been confirmed by Pro Football Talk.

The report notes that eventual New York Giants cornerback Eli Apple was asked by the Atlanta Falcons about his sexuality heading into the 2016 NFL Draft. As such, this has been a major point of contention around the league.

There really is no room for this in the workplace, no matter what company you’re going to ultimately call home. The NFL and its 32 teams needs to get out of this old-school way of thinking. It’s worn out. It’s old. It’s archaic. Whatever superlative we use, it’s high time this question stops being asked. Period.