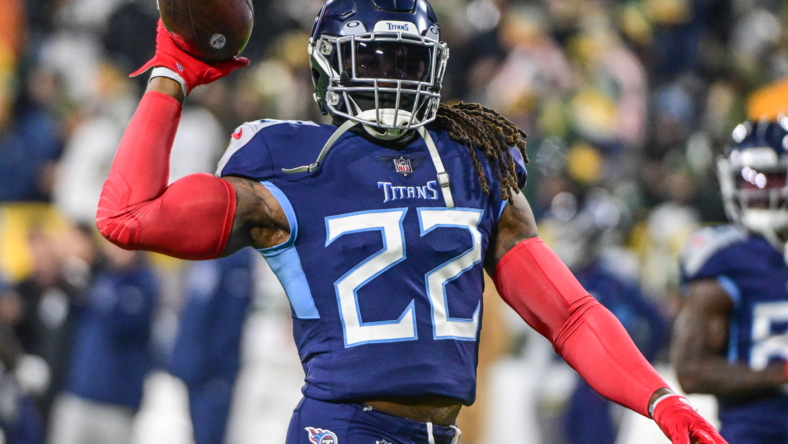 Tennessee Titans running back Derrick Henry has proven it over and over again that he can do it all. Having already run in for a score during Thursday’s game against the Green Bay Packers, Henry helped give the team a two-score lead in another way.

The multi-time NFL rushing champion took a hand-off from quarterback Ryan Tannehill in a goal-to-go situation in the third quarter with Tennessee up 14-9. In shocking fashion, Henry actually threw a jump pass to tight end Austin Hooper for a touchdown.

In the midst of his seventh NFL season, Henry had completed three regular-season passes heading into Thursday’s game. One of those went for a touchdown to MyCole Pruitt back in October of last year.

This also represented Henry’s second completion of the game as Tennessee pulls out all of the stops in hopes of winning for the seventh time in its past eight games.

As for Derrick Henry this season, he entered Week 11 as one of the top running backs in the game. That included the former second-round pick from Alabama putting up 1,077 total yards and nine touchdowns as he vies for his third career NFL rushing title.