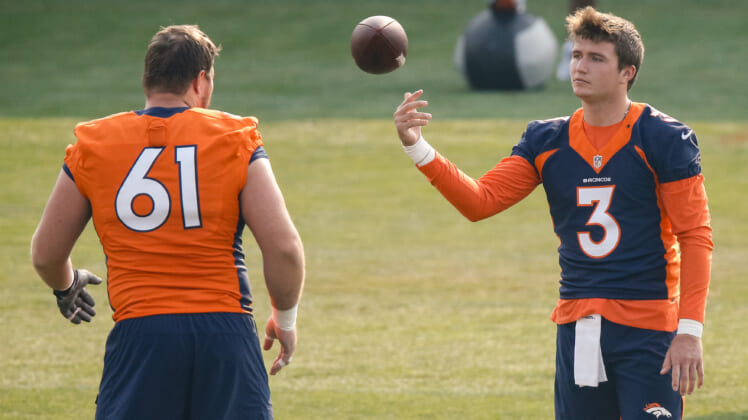 There’s some concerning news coming from Denver one day after the Broncos’ season-opening win over the New York Giants. Starting guard Graham Glasgow remains in a New Jersey-area hospital Monday after being diagnosed with an irregular heartbeat.

Head coach Vic Fangio made the announcement on Monday.

“He told me this morning that it started bothering him the second or third series and he just kept trying to play through it,” Fangio said, via the Broncos’ official website.

Glasgow, 29, ended up playing 63 of Denver’s 66 snaps on offense and helped paved the way for a brilliant performance from quarterback Teddy Bridgewater in the blowout win.

A third-round pick of the Detroit Lions back in 2016, Graham Glasgow has started 72 games over the course of his five-plus seasons in the NFL. He joined Denver ahead of the 2020 season, starting 13 games for the team last year.

It’s not yet known whether this health scare will impact Glasgow moving forward on the season and in his career. Fangio did say that the team received good news after the tests, indicating that “everything’s so far, so good.”