A Decade Into His NFL Career, Aaron Rodgers Still Running on Spite

At this point it’s hard to know if the portrait Packers Pro Bowl quarterback Aaron Rodgers often paints of himself is an accurate depiction of the overly intense person he sees returning his own gaze in the mirror or just an intentionally (or maybe even unintentionally) dramatized caricature of an underdog overcoming an endless series of obstacles that may not even exist.

That’s not to suggest the Rodgers narrative is false. Not entirely, anyway.

The pride of Chico, Calif., a walk-on spot at Illinois was his only Division 1 option after going largely un-recruited/unnoticed out of Pleasant Valley High School. Butte College, a community college with a campus in Chico, was the only institution of higher learning to legitimately recruit the 6-foot, 170 pound senior.

Craig Rigsbee, head coach of the Butte Roadrunners, walked the short distance to Rodgers’ home from his own to make his pitch in the winter of 2001. With no other offers on the table, despite attending an Illinois camp his senior season, Rodgers ultimately committed to Rigsbee for the 2002 season.

It was only after (then) Cal coach Jeff Tedford went to scout another Butte player that Rodgers finally got a real look from a real program. So we’re not talking about a Tim Tebow-esque fictionalized account of imaginary villains holding him down through high school and college, which is a relief.

Rodgers went on to have two very successful seasons behind center for the Bears. He was 18-8 at Cal, passing for just under 5,500 yards, 43 touchdowns, 13 interceptions, and combining for an average QB rating of 150.3. Numbers that put him alongside Utah’s Alex Smith as the two hottest prospects of 2004.

This is where the Rodgers as an underdog narrative really took root.

Prior to the 2005 NFL Draft, the choice between Smith and Rodgers was widely considered a toss-up. Having both been among the handful of players invited to attend the event in person, when the 49ers chose Smith No. 1 overall, nobody expected Rodgers would still be available when Packers picked at No. 24.

With Chico situated just 157 miles north of San Francisco, Rodgers grew up a 49ers fan, although he probably wouldn’t have minded becoming a Raider after the Niners passed on him. But Oakland, enamored with speed and nothing else, chose cornerback dud Fabian Washington out of Nebraska at No. 23. Washington hasn’t started a regular season game since 2010.

At the time the Raiders were still two years away from drafting JaMarcus Russell and were starting Kerry Collins, who had yet to convince anyone of his potential as a long-term starter after nearly a decade in the league.

Rodgers sat in the Jacob K. Javits Convention Center for 4 hours and 35 minutes before Green Bay selected him as heir apparent to Brett Favre. To anyone who actually witnessed the draft, it felt substantially longer—especially when he was ushered backstage, long after everyone else seated around him had been called to the stage.

To Rodgers it probably felt like a million billion years, give or take.

Things didn’t markedly improve for Rodgers his first few years in Green Bay. He had to sit behind Favre, who was anything but a welcoming mentor, for three full seasons before finally being handed the reigns after Favre’s ugly exist in 2008.

That being said, things have been going pretty well for Rodgers ever since. And they really weren’t going all that poorly before.

The Packers went 6-10 in Rodgers’ first season as a starter, failing to make the postseason for the first (and only) time in his career to date. In just his second season starting, Rodgers led Green Bay to victory over the Steelers in Super Bowl XLV, of which he was named the MVP.

Among his countless awards and accolades over the last eight years, Rodgers was named the AP Male Athlete of the Year in 2011. Earning that particular honor puts Rodgers alongside heavy-hitters like LeBron James, Michael Phelps, Drew Brees, Tom Brady, Tiger Woods, Michael Jordan and Joe Montana, all of whom held the title since 1990.

And in 2013 he became the highest-paid player in NFL history.

That kind of early success could be more than enough to nudge other less competitive players back on their laurels, but for 30-year-old Rodgers, who has been in the Hall of Fame discussion for damn near half his career as a starter, apparently no amount of accolades will change his “everyone’s out to get me” mindset.

Last Sunday in a primetime blowout of the division rival Bears, Rodgers threw six touchdowns in the first half and set the all-time record for most touchdown passes of 70+ yards. The 73-yard score to Jordy Nelson was the 16th of his career, which moved him ahead of Brett Favre and Peyton Manning, both with 15.

On Wednesday, Rodgers spoke to the media about his achievement.

“That was actually, I believe, a knock on me coming out of college was my throws down the field, over 40 yards,” Rogers said, once again tapping into that draft day drama.

A well that never runs dry.

In October 2012 during his weekly radio show in Green Bay, Rodgers spoke at length about the college professor who gave him the first ‘F’ of his academic career. One of the many grave injustices he suffered through at Cal.

Courtes of SF Gate: The struggle is real.

According to his story, not only did the woman fail him, but when he went to speak to her  privately about the grade, she took the opportunity to intentionally degrade him by telling him he’ll never amount to anything and then laugh in his face about it.

That is, of course, assuming Rodgers’ recounting of the story is a true representation of what actually transpired.

Is it possible the meanest woman in the world is teaching at Berkeley and considers cruelly crushing dreams the most rewarding part of her job? Yes, it’s possible. It’s also possible that the paper Rodgers wrote was actually very bad and the professor was just tired of football players coming to her office and asking her for do-overs.

Either way,  it’s very hard to imagine a professor breaking down into maniacal laughter because a student-athlete said he wanted to play in the NFL, in response to a question she asked. She may very well have been skeptical of his future plans and less than encouraging, but enough to gleefully mock him straight to his face? Getting there is a reach.

That’s not to say Rodgers is a liar or even lying. It’s just that he has a demonstrated ability to successfully convert run of the mill slights into major acts of aggression and persecution, thus perpetuating the Aaron Rodgers as an underdog myth. Which is second only to the Tom Brady as an underdog myth in terms of absurdity. 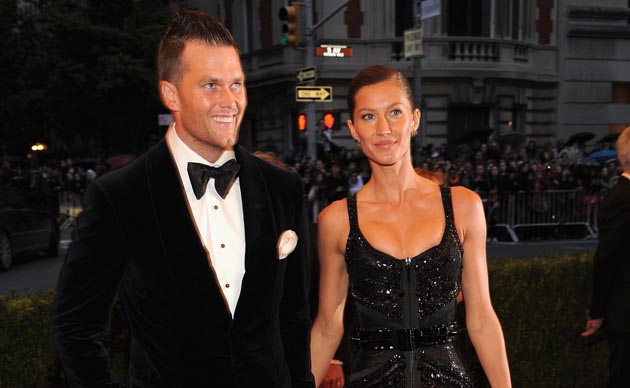 In November 2012, Packers fan columnist Andy Kutler of the Milwaukee Journal Sentinel astutely noted Rodgers has “perfected the art of manufacturing chips to place on his shoulder, taking every slight, from his draft day slide to criticism that he didn’t organize and lead voluntary doubters or critics wrong.” And they are manufactured.

To illustrate, quickly review everything that’s gone wrong for you over the years and then evaluate the current state of your life. Pretty sad stuff, right? Now compare that to Rodgers’ list of grievances:

How Rodgers was able to pick himself up by his bootstraps and soldier on after some of that stuff is one of the world’s greatest mysteries.

Aaron Rodgers is, at present, among the most talented, revered, respected and richest athletes in professional sports. He’s a Super Bowl winner and an absolute lock for the Hall of Fame. He dates beautiful women, has famous friends, and if Green Bay decided to elect a king tomorrow, he would garner no less than 85 percent of the public vote.

And the only obstacles Rodgers encountered along the way were a few people who didn’t fully recognize and/or appreciate the epic heights of his awesomeness. That’s what all this is about—a Hall of Fame career seemingly fueled by the failure of strangers to properly acknowledge the glory that is A-Rodge, as determined by A-Rodge.

Maybe someday Rodgers will finally prove all the people who never really doubted him wrong about something that doesn’t exist outside of his own mind, but in the mean time he’s just gonna keep running up the score.

Suck on that, (imaginary) haters.