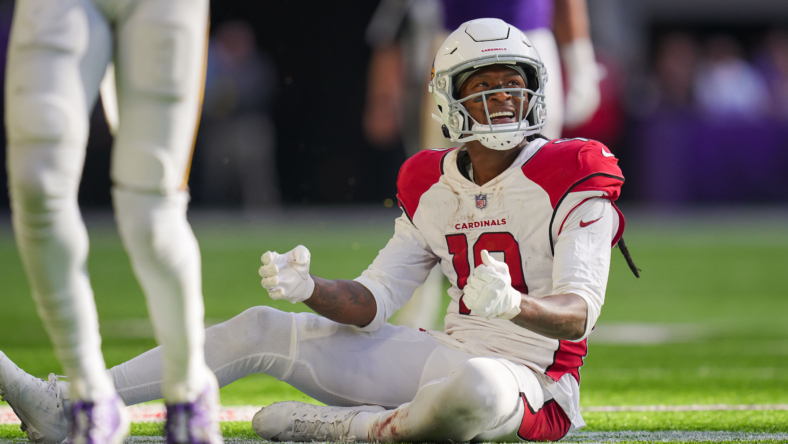 Arizona Cardinals wide receiver DeAndre Hopkins has caught fire since returning from a six-game suspension. With his team still struggling, though, rival clubs reportedly made a push to acquire the All-Pro wideout from Arizona.

Hopkins, who return in Week 7 following a six-game suspension, has returned to his role as the go-to target for quarterback Kyler Murray. The Cardinals are also using Hopkins fare more in the slot since his comeback than they ever did in his previous two seasons under Kliff Kingsbury.

It’s allowed the 30-year-old receiver to return to form, looking like the player who earned second-team All-Pro honors in 2020 and received five Pro Bowl selections early in his career. After an injury=plagued 2021 season, Arizona once again has one of the best receivers in the NFL.

However, the Cardinals are also one of the worst teams in football this year. With vanishing odds of making the playoffs, even in a weak conference, general managers seeking to strengthen playoff contenders made exploratory phone calls to Arizona before the Nov. 1 trade deadline.

According to Ian Rapoport of NFL Network, the Cardinals received a flurry of calls this past week regarding the availability of Hopkins. Interestingly, it wasn’t made clear whether or not general manager Steve Keim was unwilling to move the All-Pro receiver at any price or if offers just fell short of the cost. 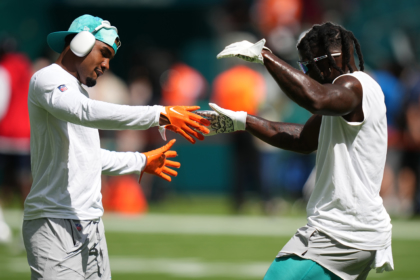 While Hopkins is one of the highest paid wide receivers in the NFL and is under team control through 2024, his contract is fairly manageable. If he were to be cut during the 2023 offseason, it would create $8.15 million in cap savings.

Obviously, Arizona won’t be cutting the All-Pro wideout. While injuries and the suspension have kept him off the field at various times over the last year, he is an essential piece of this offense. Murray is also a better quarterback when he’s on the field and releasing Hopkins would still leave a $22.6 million dead cap hit.

Teams may call the Cardinals this offseason to check in and determine if Keim, or his replacement, is interested in trading Hopkins. Even if the answer is no, the pursuit shows to what extent NFL teams are willing to explore to improve their roster.