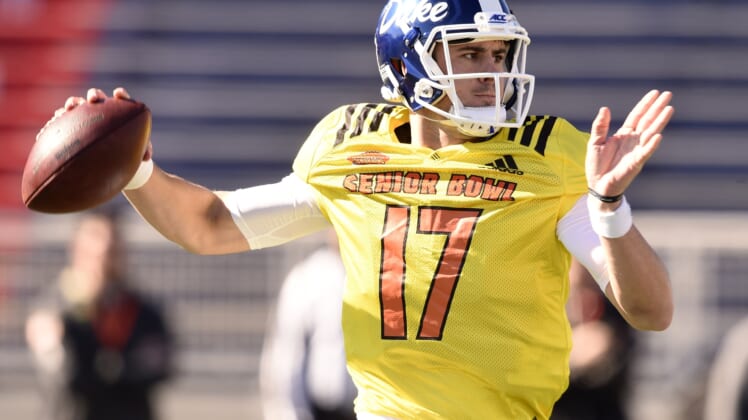 New York Giants general manager Dave Gettleman claimed two teams were set to take Daniel Jones ahead of the No. 17 overall pick — one of them being the Denver Broncos.

Gettleman used that as justification to select Jones with the sixth overall pick, which we’ve since pegged as the biggest reach of the entire draft.

On Sunday, Mike Klis of 9News in Denver shot down that notion emphatically while divulging the shocking information that the Broncos had Drew Lock rated higher than Jones, and No. 1 overall pick Kyler Murray.

If true, this is pretty stunning on two fronts.

First of all, Denver got its No. 1 quarterback in the second round and landed a bargain in the process. The latter was already known, yet the former makes this even more of a boon for John Elway — assuming Lock pans out.

Secondly it makes us wonder if Gettleman was being fed some false information to get him to jump all over a guy who most people had pegged as the fourth or fifth-best quarterback in the draft.