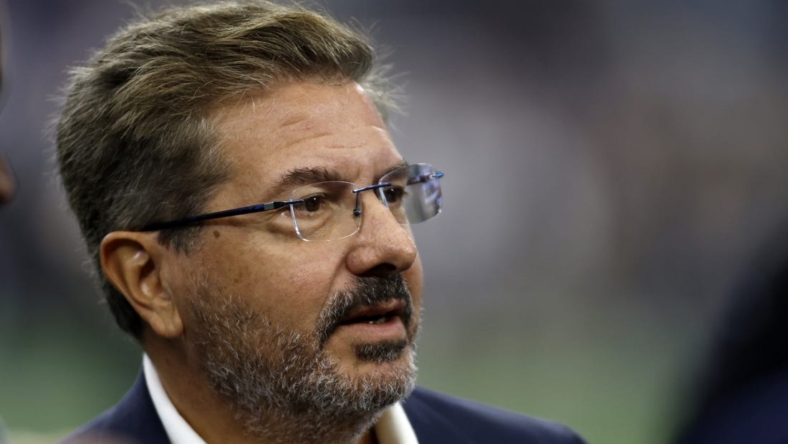 Dan and Tanya Snyder have hired BofA Securities to help with a potential sale of the Washington Commanders.

“The Snyders remain committed to the team, all of its employees and its countless fans to putting the best product on the field and continuing the work to set the gold standard for workplaces in the NFL,” the team announced in a brief statement Wednesday.

According to a report Wednesday from Forbes.com, Snyder has already received “at least four calls” from parties interested in purchasing the team.

Snyder is said to be exploring all options, including selling the entire franchise or a minority stake.

A team spokesman told multiple media outlets: “We are exploring all options.”

In August, Forbes valued the Commanders at $5.6 billion, sixth among the NFL’s 32 teams. Snyder also owns FedEx Field and the 264-acre property that surrounds it, plus the 150-acre team headquarters in Ashburn, Va.

Sponsorship revenue has increased by 40 percent this season over 2021 since the team rebranded from the Washington Football Team to the Commanders, according to Forbes.

“We understand the challenges our clients face around the world,” reads the company’s website. “We combine local knowledge and global perspective to tailor solutions to meet clients’ goals.”

Snyder’s wife, Tanya, has been in charge of day-to-day operations since July 2021 when the NFL fined the team $10 million for fostering a toxic workplace culture.