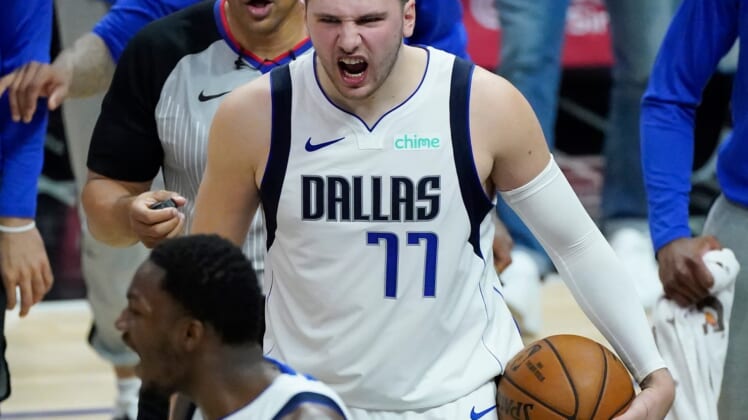 The Dallas Mavericks planned to kick off their offseason by signing Luka Doncic to a max contract extension. They might have much bigger problems on their hands based on the latest NBA rumors.

Doncic led the Mavericks to a 2-0 series lead over the Los Angeles Clippers in the first round of the NBA Playoffs, but Dallas fell short once again due to its poor supporting cast. The organization started formulating plans to overhaul the roster in the summer by building a better team around one of the NBA’s biggest stars.

The 22-year-old made it no secret that he would sign a super-max extension, which would make him one of the league’s highest-paid players. But things have taken an abrupt turn just weeks into the offseason, with light shed on the dysfunction in the Mavericks’ front office. 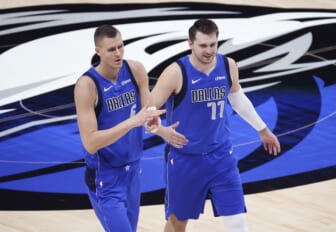 According to The Athletic’s Tim Cato and Sam Amick, the Mavericks are increasingly concerned that a dysfunctional front office and poor relationships with the face of the franchise might lead to Doncic looking for a way to leave the organization in the future.

The drama in Dallas isn’t going to stop the NBA star from signing a contract extension. A deal is expected to be reached later this summer and will next DOncic more than $200 million over five seasons once his rookie contract expires following the 2021-’22 season.

But the problems in Dallas are very real. Months after owner Mark Cuban revealed that Doncic and Kristaps Porzingis have clashed multiple times, The Athletic is shedding light on the real issues within the Mavericks’ organization.

Cuban hired Haralabos Voulgaris in 2018, making him the team’s director of quantitative research and development. Voulgaris, a successful gambler, once told ESPN in 2013 that he believes he could “put together a better team than almost any general manager in the league. If not maybe all.”

He quickly earned Cuban’s trust, becoming more involved with the organization. According to The Athletic, it was Voulgaris who initiated the Seth Curry for Josh Richardson trade that grandly backfired on the Mavericks.

Donnie Nelson is currently the Mavericks’ general manager, but many around the NBA believe Cuban allows Voulgaris to operate as the “shadow GM.” One example of his influence appeared during the 2020 NBA Draft.

“Multiple league and team sources point to the 2020 draft as a particularly egregious example of Voulgaris’ power, an evening one source described as “embarrassing.” Most members of the scouting department joined the team’s war room remotely through Zoom and were surprised when Voulgaris, attending in person, didn’t consult them for either of the team’s first two selections (Josh Green and Tyrell Terry) despite disagreements they held with at least one of the players he picked.”

But the concerns in Dallas go beyond Voulgaris’ influence. He is reportedly disliked by Luka Doncic and is irritating his colleagues within the front office.

In one of the first games Voulgaris attended as a Mavericks’ staffer, he left with 45 seconds remaining in the game when Dallas trailed by 10. Doncic led a comeback that fell just short, but didn’t miss Voulgaris leaving early and noted his displeasure with teammates.

The most recent incident between Doncic and the rising Mavericks’ executive occurred this season. In the second quarter of a game against the Golden State Warriors, Doncic turned the ball over and Volgares motioned for him to calm down. Doncic immediately responded, yelling at Voulgaris “Don’t (expletive) tell me to calm down.”

In today’s NBA, teams wouldn’t hesitate to choose Doncic over an executive. But Cuban operates by his own book, making this one of the biggest storylines of the NBA offseason.