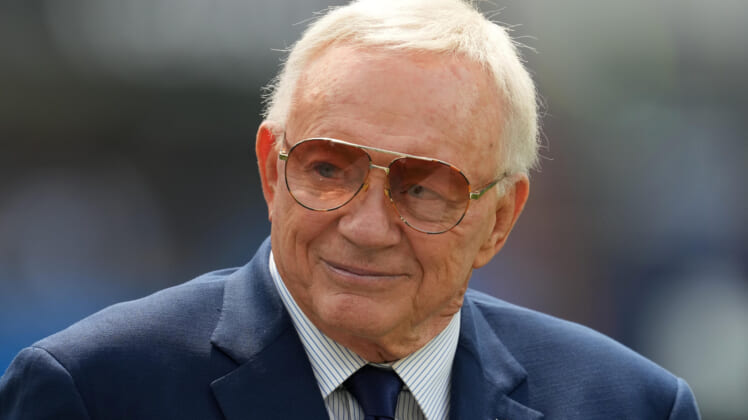 Dallas Cowboys owner Jerry Jones isn’t at all opposed to the NFL receiving bad press. He actually believes the bad news benefits the league just as much as the good.

Love him or hate him, Jerry Jones is unabashedly himself at all times, and in the end, that is part of the Cowboys’ owner’s charm. He doesn’t necessarily court bad press, however, he doesn’t shrink away from those moments either. That also was part of the appeal for his 1990s dynasty teams that helped the franchise win three more Super Bowl titles.

Jones has long been a sort of “bad boy” owner for the NFL and he isn’t against his players being the same way. However, over the last two decades, as the NFL’s brand recognition has expanded to make it the biggest sport in the US, the spotlight has also put a greater focus on a lot of negative stories about players, coaches, executives, and owners in the league. The most recent of which is the sexual and financial misconduct allegations against the Washington Commanders.

With the United States Congress even looking into the Commander’s situation, last year Jones was asked about that highest level of scrutiny, and he admitted the league sort of asked for it. By pushing the nation to focus on the NFL year-round, the football league courts an immense amount of attention and it’s not always good. “I think when we ask the country to be as interested in pro football as you are, then you should expect those kinds of questions [about the league’s negative news],” Jones told Bob Costa in November.

In a new interview with long-time NFL insider Peter King, Jones expanded on his view of the benefits of bad press for the league. To explain his thinking, Jones regaled King with a lesson he learned from Fox executives in the early years of his Dallas Cowboys ownership.

“Let me tell you a story,” Jones said. “A few years after I bought the team, I’m out in Los Angeles having lunch with David Hill and Ed Goren of Fox. At that time, there were a lot of negative headlines about the Cowboys. Michael Irvin was in the headlines. People are saying, ‘The owner’s an outlaw!’ And so that day I told them, ‘I’m tightening the lid on this franchise. We’re gonna get control of this team.’

“And David Hill jumped up. He said, “No! Do not touch my ‘Boys! They are television gold! Don’t even think about it!'” 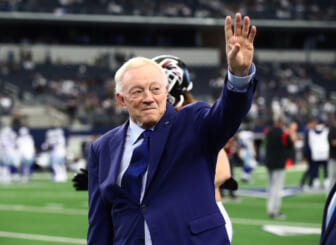 Obviously, despite the bad PR Jerry Jones didn’t touch the Cowboys and they became one of the most fascinating squads in any sport during the 90s. The 79-year-old has also had his fair share of bad press dustups in his three decades as the boss of “America’s Team,” including a recent paternity battle with a woman claiming she was his daughter. A claim Jones has since denied.