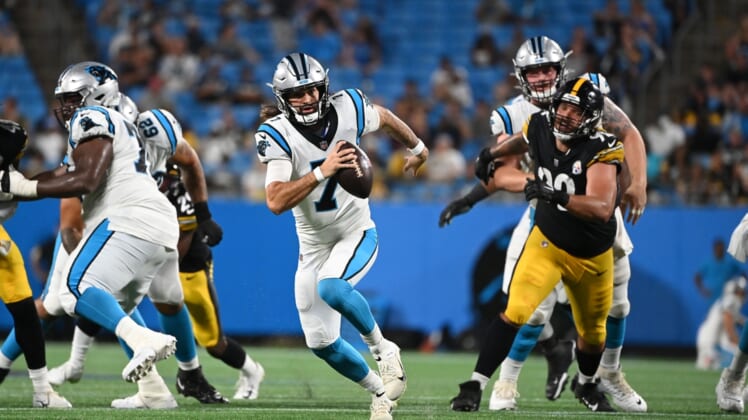 The Dallas Cowboys added depth at two important offensive positions Wednesday by claiming quarterback Will Grier off waivers from the Carolina Panthers and signing running back Corey Clement.

Grier did not make the Panthers’ initial 53-man roster at Tuesday’s deadline and was released. The Cowboys only had two quarterbacks, Dak Prescott and Cooper Rush, on their 53-man roster released Tuesday. Prescott hasn’t played since a season-ending ankle injury in Week 5 of last season.

Grier, 26, was a third-round pick by Carolina in the 2019 draft out of West Virginia. He started two games as a rookie, in which he threw for 228 yards, no touchdowns and four interceptions. Grier did not see action last season.

Dallas released punter Bryan Anger, whom is expected to re-sign with the team after more upcoming transactions, upon claiming Grier.

The Cowboys were familiar with Clement from his stints with two NFC East rivals, the Philadelphia Eagles (2017-20) and New York Giants.

Clement, 26, spent his first four NFL seasons with the Eagles and totaled 995 all-purpose yards and nine touchdowns as a change-of-pace back. He played for the Giants during the 2021 preseason, leading them with 86 rushing yards, but wasn’t kept for their 53-man roster.