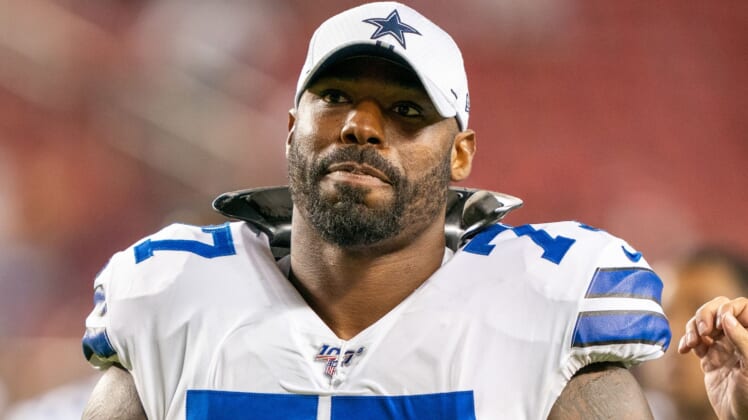 Dallas Cowboys offensive tackle Tyron Smith will miss the remainder of the NFL season, with the All-Pro lineman scheduled to undergo neck surgery next week.

Smith missed one game this season with a neck injury, but returned for Week 4 and played well against the Cleveland Browns. With the pain in his neck lingering, Smith made the decision to undergo surgery.

NFL Network’s Mike Garafolo and Jane Slater reported Thursday that Smith was receiving medical opinions on the neck injury. On Friday, head coach Mike McCarthy announced Smith will undergo surgery and it will keep him out for the remainder of the season.

The Cowboys are already without right tackle La’el Collins, placed on season-ending injured reserve this week due to a hip injury. As if losing one elite offensive tackle wasn’t enough of a blow for Dallas, the team will now be without two of its best offensive lineman.

Dallas allowed three sacks to the Cleveland Browns in Week 4 and the numbers would get even worse moving forward with the All-Pro left tackle done for the year. Not only will Dak Prescott be under more pressure moving forward, eliminating this offense’s big-play ability, it will also limit the effectiveness of Ezekiel Elliott.

Related: Cowboys’ loss proves Mike McCarthy is not the answer

Sitting at a 1-3 record, within a game of the Philadelphia Eagles for the top spot in the NFC East, the Cowboys already had big problems. Under defensive coordinator Mike Nolan, Dallas’s defense allows the third-most total yards (430.5), third-highest quarterback rating (114.3) and the most points (36.5) per game this year.

The Cowboys were already dependent on Prescott to keep this team in games and that was barely enough for a 1-3 record. If Smith is done for the season, this offense will take a step back and the fallout would be disastrous for the entire organization.