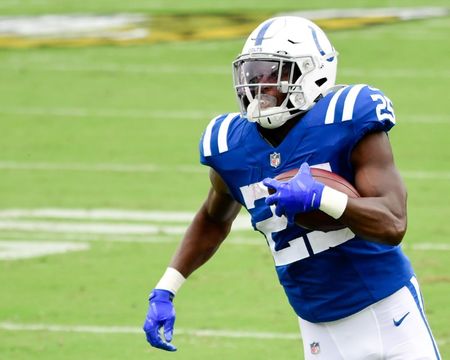 The Indianapolis Colts placed running back Marlon Mack on the Injured Reserve list with a torn Achilles tendon on Wednesday.

Mack, 24, was carted to the locker room during the first half of the Colts’ season-opening 27-20 loss to the Jaguars in Jacksonville. The season-ending injury was later confirmed by an MRI.

Mack was injured after catching a pass over the middle and then attempting to turn upfield. He was able to get to his feet but limped significantly while motioning to the sideline before being tended to on the field by the team’s medical staff.

He had four carries for 26 yards and three receptions for 30 yards for the Colts, who will rely on rookie Jonathan Taylor and third-year back Nyheim Hines in his absence.

Mack has a $2.1 million base salary for this season, the final year of his four-year rookie deal.