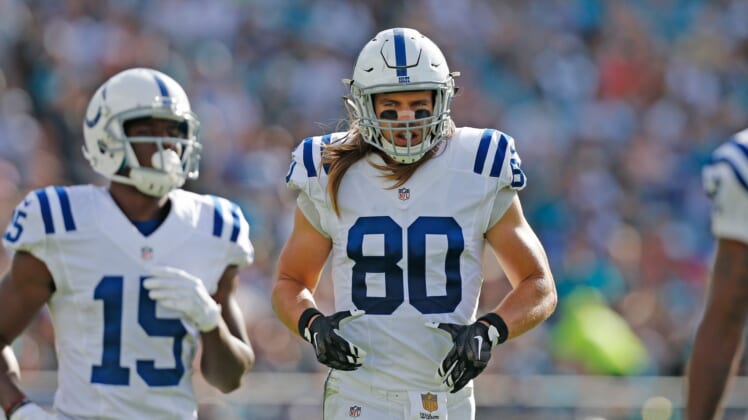 Moving on from Indianapolis was long expected after the team re-signed fellow tight end and 2012 draft classmate Dwayne Allen to a lucrative long-term contract on Monday.

What wasn’t expected was the criticism he lobbed his former teammates way during an introductory conference call with Saints reporters following the signing:

“I think it’s one of those situations where it really reveals character,” Fleener said, via ESPN.com. “The guys that kept fighting through it — knowing that we may not have our star quarterback on the field but we still have a chance to win the game — those are the guys you want kind of in your corner. And the other guys, it becomes pretty apparent that they’re along for the ride.”

The former second-round pick is talking about how the Colts regressed after Andrew Luck went down with multiple injuries during the 2015 season. Luck missed a total of nine games, leaving the likes of Matt Hasselbeck and Josh Freeman to start games for the team.

While Fleener’s criticism might be warranted following a disappointing 2015 campaign, it’s important to note that Indianapolis put up a 6-3 record in games Luck missed. In comparison, it was just 2-5 in his starts.

In refusing to throw any individual player under the bus, Fleener maintained a certain level of class. Though, these comments are unlikely to endear himself to his former teammates.

With $36 million in greenbacks and a fresh start in the Bayou, we can rest assure Fleener doesn’t necessarily care.