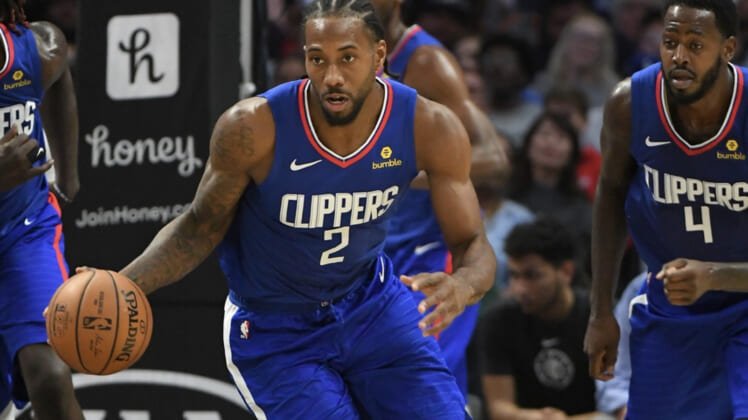 Los Angeles Clippers head coach Doc Rivers is a man true to his word. Rivers noted earlier in the season that star forward Kawhi Leonard would not play both ends of back-to-backs in his first year with the team.

Having already sat out three such games this season, Leonard will be on the bench for Wednesday’s outing against the Memphis Grizzlies.

He’s missing the game under the umbrella of a new term called “injury management,” replacing a term in that of “load management” the NBA doesn’t necessarily care for.

Los Angeles was fined $50,000 earlier in the season for its handling of Leonard’s “injury.” The team also received push back for resting him in prime-time matchups against top-end teams.

This is not the case Wednesday. The Clippers are coming off a blowout win over the Dallas Mavericks on national television Tuesday night. Sitting Leonard against a bad Grizzlies team is the right call.

The reigning NBA Finals MVP is averaging 25.8 points, 8.0 rebounds and 5.4 assists on 44% shooting in his first season with the Clippers.