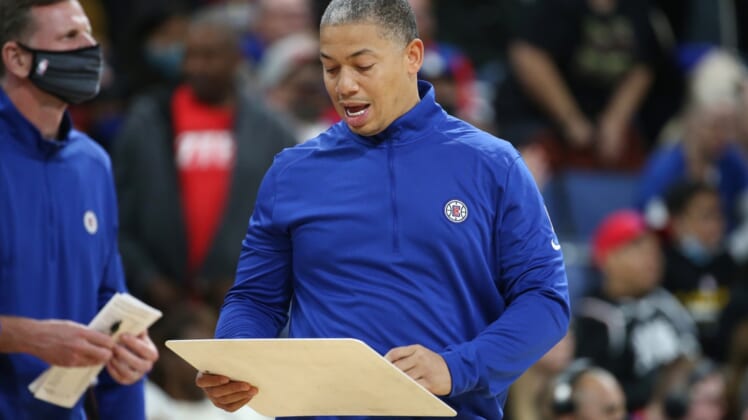 Los Angeles Clippers head coach Tyronn Lue was placed into the NBA’s health and safety protocol Friday with assistant coach Brian Shaw set to lead the team into a road game against the Toronto Raptors.

Lue has guided the Clippers to a 18-17 record in an injury-plagued season with Kawhi Leonard (knee) out indefinitely and Paul George (elbow) out for four weeks. The Clippers opened a three-game trip Wednesday with a 91-82 victory at Boston.

In another Clippers move Friday, the team signed forward Wenyen Gabriel to a 10-day hardship deal. Gabriel played just one minute with the Nets during a just-completed 10-day contract. He effectively replaces Moses Wright, whose 10-day deal with Los Angeles just expired.

In 52 games with four different teams over the past three seasons, Gabriel has averaged 2.6 points and 2.1 rebounds.