Cleveland Cavaliers trade for Donovan Mitchell in blockbuster deal with Utah Jazz; Evaluating the deal for both sides 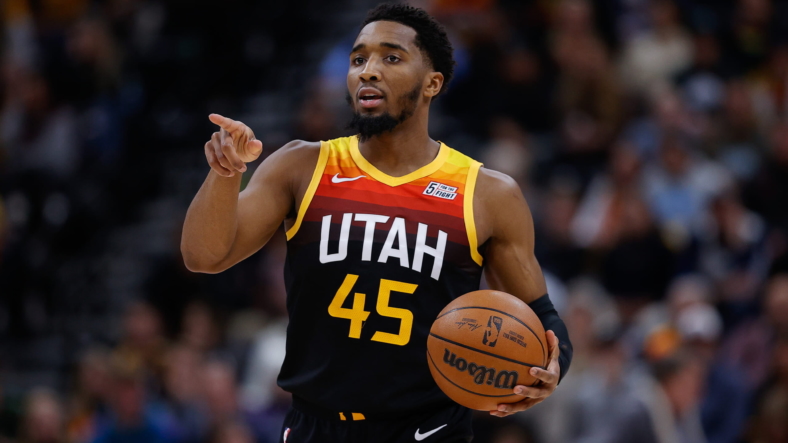 In a move no one saw coming, the Cleveland Cavaliers have just thrust themselves into the NBA Finals conversation by trading for Utah Jazz superstar Donovan Mitchell. According to Adrian Wojnarowski, the Cavs are sending out three players and three unprotected first round picks plus two pick swaps to complete the trade. Here’s the specific details.

The Cleveland Cavaliers already had one of the youngest, brightest cores in basketball. Yet, many felt they lacked that 1A, or the Championship-caliber player who can push them over the edge. They just found one by adding a three-time All-Star who’s still just 25.

Last year we saw the Cavs have no trouble on defense, holding teams to 105.7 points per game, the fifth-best mark in the NBA. One area they struggled once Collin Sexton went down with an injury, was putting the ball through the hoop. Well, that’s Mitchell’s primary specialty. He’s any team’s top scoring option, sliding Darius Garland into a bit more of a complementary role, but this backcourt scoring duo figures to be among the best in basketball.

What the Donovan Mitchell trade means for Utah Jazz

The Utah Jazz are officially searching for their next face of the franchise after trading both in one offseason. Yet, we always knew this trade was set to happen as soon as the Rudy Gobert trade return was revealed. It was immediately obvious the Jazz weren’t expecting to put a contender on the floor in Will Hardy’s first season as head coach.

But how did the Jazz do in the Mitchell trade? They didn’t quite get back the same haul they received in the Rudy Gobert deal, when they got four first-rounders plus a pick swap, in addition to the 22nd overall pick from the 2022 NBA Draft in Walker Kessler, Danny Ainge still did quite well.

Similar to getting Kessler, the Jazz are getting Ochai Agbaji, who was the 14th pick in the 2022 NBA Draft. This means the Jazz will have two players selected in the first round from June’s player selection process. In addition to Agbaji, they also get Collin Sexton, who agreed to a four-year, $72 million contract as part of the trade. Still just 23, the scoring guard averaged 24.3 points per game in his last full season in 2020.

Lauri Markkanen is a proven starter who can fire from long distance, and has done so at a 36.4% clip in his five-year career. Markkanen can play either the three or the four, and as a legit 7-footer, he adds length to this frontcourt.

The Jazz may not look anything like what fans have gotten used to in Utah for the past decade, but they’ve collected a fair amount of proven talent to go along with a few new young prospects who could become stars in the next few years. But getting back to the playoffs could take some time.