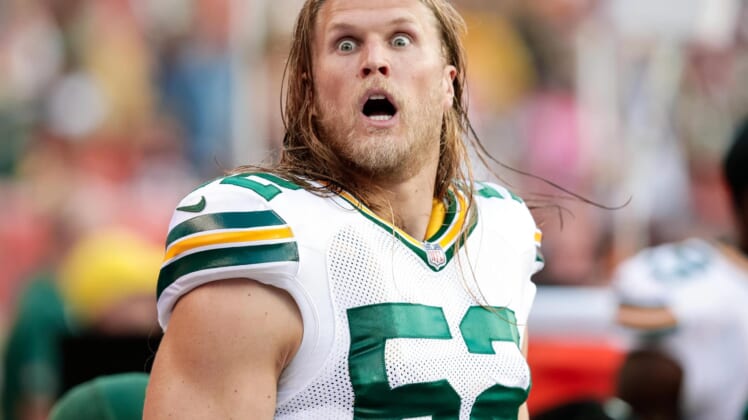 The Green Bay Packers used the No. 12 overall pick during the 2019 NFL Draft to select Michigan’s Rashan Gary, and then they gave him Clay Matthews’ old number.

On Monday, the Packers announced that Gary would be wearing No. 52. Matthews noticed pretty quickly and had something funny to say about the move.

Matthews, whom Green Bay chose not to re-sign this offseason, is now with the Los Angeles Rams after signing in free agency.

He was selected by the Packers in the first round of the 2009 NFL Draft and played 10 seasons with the club. He was a fan favorite and put up big stats for much of his career, piling up 482 tackles, 83.5 sacks, 14 forced fumbles and six interceptions while wearing the green and gold.

So, it’s not surprising he’d have some feelings about his old team giving away his old number do quickly after he left.