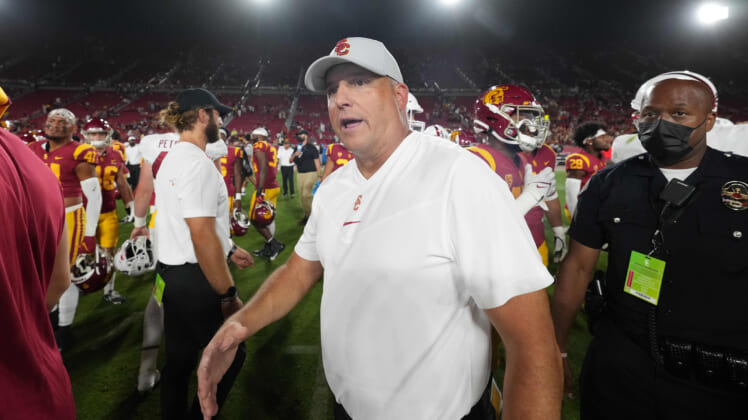 Following an ugly 42-28 loss to the Stanford Cardinal, the USC Trojans have opted to fire longtime head coach Clay Helton.

Various reports on Monday indicate that the Trojans have moved off the head coach mere day following that ugly defeat at the hands of their Pac-12 conference rivals. USC confirmed said reports Monday afternoon.

“Clay is one of the finest human beings I have met in this industry, and he has been a tremendous role model and mentor to our young men,” USC Athletic Director Mike Bohn said in a statement. “We appreciate his many years of service to our university and wish him nothing but the very best. Consistent with our values as an institution, he deserves the utmost respect from the Trojan Family during this transition.”

The 49-year-old Clay Helton has been USC’s head coach since taking over on an interim basis back in 2013. He led the team to a bowl appearance in each of his first four seasons with USC, including a Rose Bowl win following the 2016 season. It’s been completely downhill for the historical college football program since.

From 2018-20, USC earned just one bowl appearance with it coming in defeat against the Iowa Hawkeyes in the Holiday Bowl following the 2019 season.