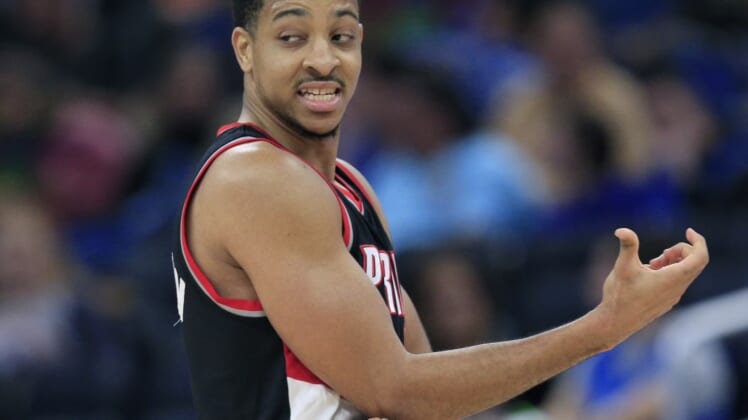 In the normally intense cauldron that is the NBA Playoffs, CJ McCollum and one of his famed hecklers provided some levity prior to Game 2 of the Western Conference Finals.

In August, the Portland Trail Blazers guard ripped the idea of NBA superteams. That prompted one lady, Jennifer, to tell him to “win a playoff game then talk.” McCollum’s response of “Im trying Jennifer” went viral at the time and regained steam after McCollum’s dominant Game 7 performance against the Denver Nuggets.

Ahead of Portland’s Thursday Game 2 with the Golden State Warriors, McCollum and Jennifer got to meet in person.

ESPN deserves a solid tip of the cap for bringing these two together. McCollum and Jennifer do, as well, for embracing the moment.

Well done to all involved.