Christian Yelich forced to exit Sunday’s game with back issue 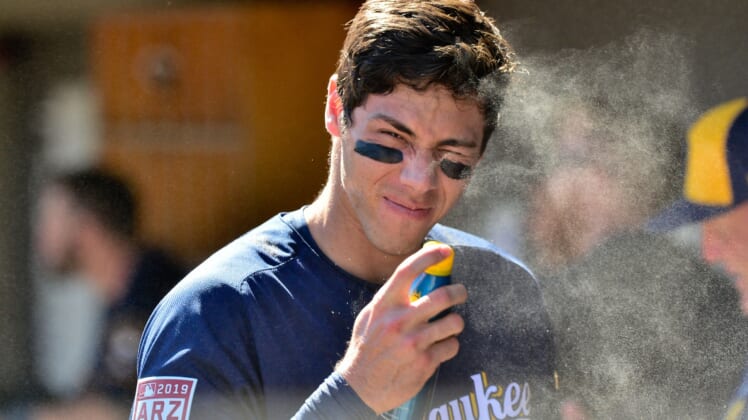 Reigning National League MVP Christian Yelich has been unstoppable again this year for the Milwaukee Brewers, but on Sunday he was forced to take a seat.

The issue that caused Yelich to leave the game against the New York Mets is being described as “lower back discomfort,” per Anthony DiComo of MLB.com.

Hopefully this is just a minor issue that will allow him to return soon, because what Yelich has done this year is nothing short of legendary. In 100 at-bats, he’s hitting .350 with 14 home runs, 34 RBI, 20 walks and six stolen bases.