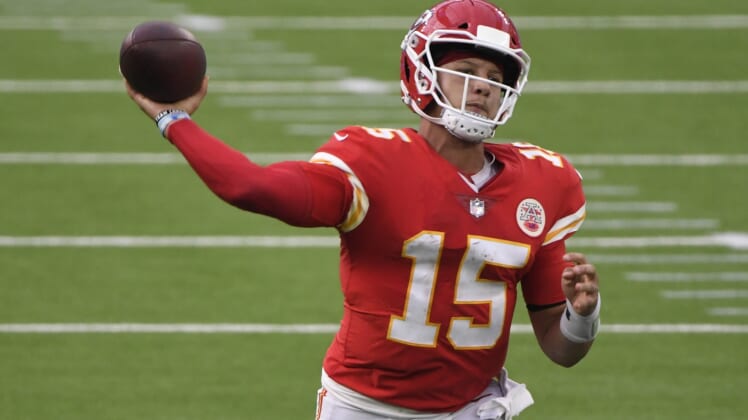 Kansas City Chiefs quarterback Patrick Mahomes has already broken multiple NFL records in just over two seasons as a starter since the team made him a first-round pick in the 2017 NFL Draft.

The reigning Super Bowl MVP added to that during Monday night’s game against the Baltimore Ravens. Mahomes and his Chiefs were on fire early, scoring touchdowns on their first two drives of the game.

That was capped off by a five-yard touchdown pass to fullback Anthony Sherman.

In the process, Mahomes made more NFL history.

Mahomes entered Monday’s game with 9,925 passing yards to go with 81 touchdowns and 18 interceptions in just 33 career starts. This adds to an already ridiculous resume for the still-young 25-year-old quarterback.

What have you accomplished today?