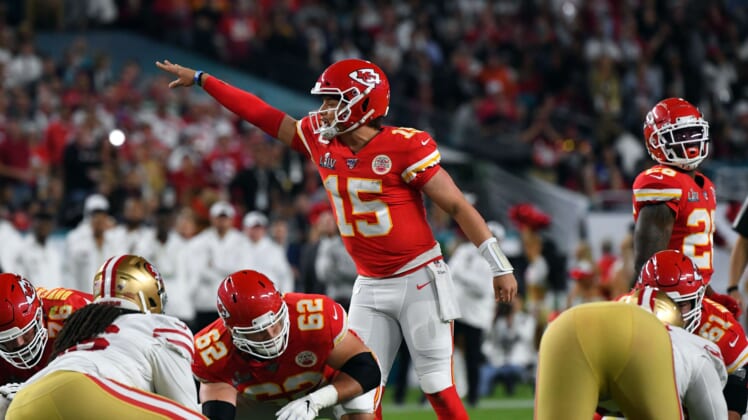 The Kansas City Chiefs shocked the NFL world on Monday when word broke that Patrick Mahomes was signing a historic contract extension. On Monday night, the Super Bowl LIV MVP signed on the dotted line and became one of the richest athletes ever.

On a historic day for the 24-year-old quarterback, the Chiefs made sure everyone practiced social distancing to ensure the NFL’s richest player stays healthy.

If the picture wasn’t enough to get fans excited, Mahomes created even more hype on Twitter. In an incredible video, the NFL star captured his rise from being a first-round pick, overcoming the obstacles and becoming a Super Bowl champion.

Mahomes was already celebrating this year after bringing the Lombardi Trophy to Kansas City and becoming Super Bowl MVP. Now that he’s signed the richest contract in sports, he has even more reason to celebrate.