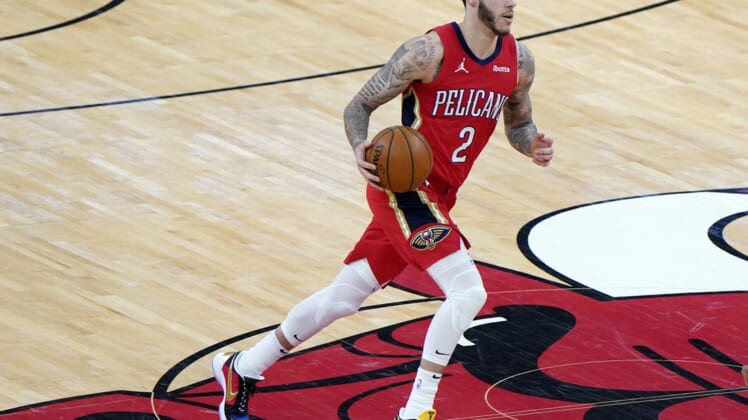 Point guard Lonzo Ball is set to be traded to the Chicago Bulls for point guard Tomas Satoransky, forward Garrett Temple and a future second-round pick, according to multiple reports.

Ball, a restricted free agent, plans to sign a four-year, $85 million contract in a sign-and-trade agreement, per numerous outlets.

Chicago is also reportedly in agreement on a four-year, $37 million deal with combo guard Alex Caruso. Caruso was a reserve for the Los Angeles Lakers for the first four seasons of his pro career. He averaged 5.9 points in 184 games (19 starts), including 9.2 points in 2018-19.

The Pelicans were reportedly discussing another deal with the Charlotte Hornets that could bring forward Miles Bridges to New Orleans.

ESPN also reported the Bulls had discussions about another sign-and-trade deal to acquire DeMar DeRozan from the San Antonio Spurs for Lauri Markkanen.

Ball was the No. 2 overall pick in the 2017 NBA Draft with the Los Angeles Lakers, who traded him to the Pelicans in the Anthony Davis deal in 2019.