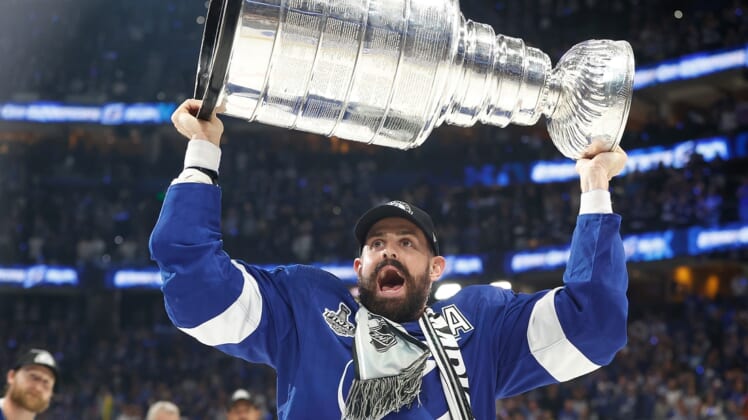 In a letter obtained by ESPN, Wirtz suggested “x-ing out” Aldrich’s name.

“While nothing can undo what he did, leaving his name on the most prestigious trophy in sports seems wrong,” Wirtz wrote, according to Friday’s report from ESPN.

Aldrich was with the Blackhawks when they captured the 2010 Stanley Cup. He sexually assaulted former player Kyle Beach during that playoff run, according to a damning investigative report released earlier this week by the team. 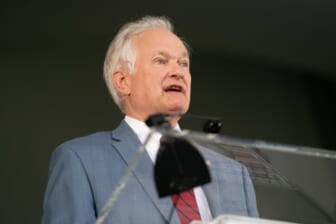 Since the report was made public, Blackhawks general manager Stan Bowman and senior vice president of hockey operations Al MacIsaac left the organization and former Chicago head coach Joel Quenneville resigned as the head coach of the Florida Panthers.

The NHL on Tuesday levied a $2 million fine against the Blackhawks for their “inadequate internal procedures and insufficient and untimely response” to the matter.

Aldrich was convicted in Michigan in 2013 of fourth-degree criminal sexual conduct involving a 16-year-old.

“Names have been engraved and then changed for years,” Wirtz wrote in his letter, addressed to Hockey Hall of Fame chairman Lanny McDonald. “Taking a stand on the unforgivable behavior of Aldrich should include erasing his name from the Cup.”

“The name ‘Basil Pocklington’ is stamped over on the 1983-84 Stanley Cup,” Wirtz wrote. “The owner of the Oilers, as you are aware, put his father’s name onto the trophy list, even though his father had nothing to do with the team or its victory. The NHL demanded the name be notably X’d out. That decision, among others, reflects the Cup’s storied history of engraving mistakes and errors that have ended up enshrined in silver, or been corrected after the fact.”