And then there were seven. Two head coaches have already been hired Thursday, the first was Nathaniel Hackett to the Broncos. Now, the Chicago Bears have hired Colts defensive coordinator Matt Eberflus to be their next head coach according to ESPN’s Adam Schefter.

Eberflus brings a defensive background to an organization that is known for its defensive toughness throughout its storied history. While he’s not expected to resurrect the ’85 Bears, if Eberflus can lead a suffocating D, while hiring an experienced offensive play-caller to help Justin Fields become the best he can be, this is a home run hire.

Matt Eberflus is an interesting hire

While Eberflus is undoubtedly a strong head coach candidate who was in consideration for several other vacant jobs around the NFL, he’s not what most were anticipating the Bears to hire. Last season, former general manager Ryan Pace went all-in on trading up for Fields with the hope he can become the face of the franchise. Due to the presence of Fields, most expected the Bears to prioritize offense with this hire, even though Matt Nagy didn’t work out.

Now, new GM Ryan Poles chose to select a defensive-minded head coach instead. If the Bears can’t put together a better plan than Nagy had to develop and supply Fields with an offense he can thrive in, they’re back at square one, which makes this a risky hire.

Yet, if Eberflus’ defensive scheme is so strong, he can help ensure Fields is set up to succeed in a different way by not putting too much on his shoulders in his first full season as a starter. No matter what, Bears fans should be stoked about Matt Eberflus being their next head coach. 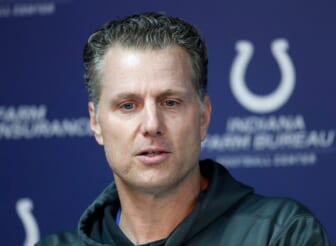