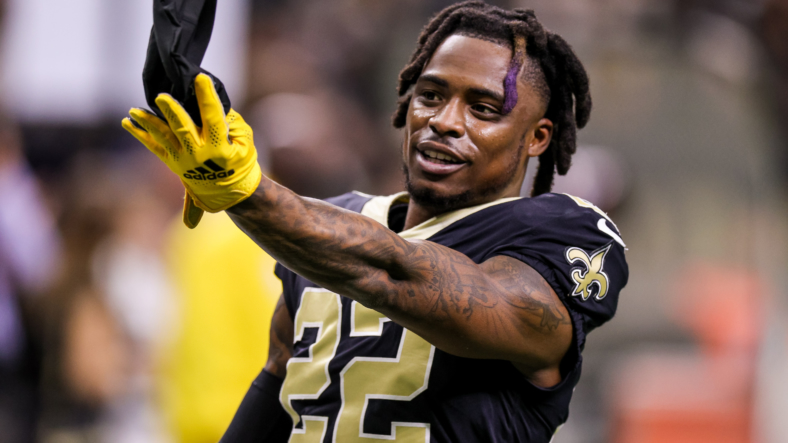 New Orleans Saints cornerback Chauncey Gardner-Johnson is being traded to the Philadelphia Eagles, another move that should strengthen the Eagles’ secondary before the 2022 NFL season.

Gardner-Johnson, a fourth-round pick in the 2019 NFL Draft, was heading into a contract year. Unable to agree to terms on a multi-year extension with the nickel corner, the Saints opted to ship him to a fellow NFC playoff contender as teams trim down to 53-man rosters.

Ian Rapoport of NFL Network first reported the deal, citing the contract dispute as the rationale for the surprising deal. Gardner-Johnson will immediately become a starter in Philadelphia and takes the roster spot of safety Anthony Harris, who started for the team in 2021.

The 6-foot defensive back played 418 coverage snaps this past season and primarily lined up in the slot for New Orleans. Heading into the season, Pro Football Focus ranked him as the fifth-best slot corner in the NFL.

In addition, the team signed cornerback James Bradberry to step in as the No. 2 cornerback opposite of Darius Slay. The investments at every level of the defense have dramatically changed the outlook for the Eagles’ defense this season.

According to Tom Pelissero of NFL Network, the Eagles are shifting Gardner-Johnson to the role of full-time safety. While it will provide a challenging transition for the 24-year-old defender, it could also prove lucrative for his value in NFL free agency in 2023.

Defending against the run is an area of weakness in Gardner-Johnson’sgame. He received a below-average 59.0 run defense grade last season, per Pro Football Focus, missing 11 tackles in 181 snaps against the run. He stood out more in coverage, receiving a 62.2 PFF grade with an 80.6 passer rating allowed.

Drafted out of Florida, he will also bring a personality to Philadelphia that fits well into the defense. Gardner-Johnson is known for getting into altercations with opponents and is one of the biggest trash-talkers in the NFL. He is also susceptible to penalties.

He should prove to be an upgrade over Harris, whose play had steadily declined over the years. If Gardner-Johnson takes the next step in his NFL career and helps the Philadelphia Eagles maintain a top-five defense, it could be enough to earn a long-term deal next offseason. Either way, this is a significant addition for Philadelphia and makes it an even stronger favorite to win the NFC East this year.